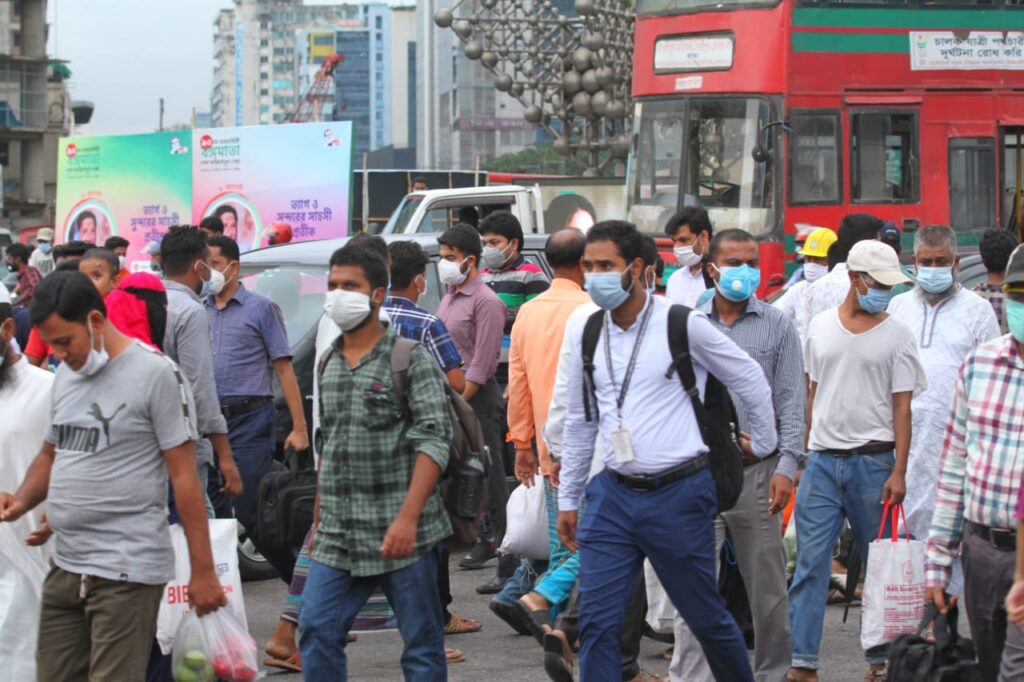 Bangladesh’s officially confirmed coronavirus cases went up to 2,60,507 with the detection of 2,907 new patients in 24 hours until Monday.The country’s death tally rose to 3,438 as 39 patients died during this period, the health authorities announced.
Bangladesh reported its first cases on March 8 and the first death on March 18.At a regular briefing, an official of the Directorate General of Health Services (DGHS) said that 2,067 patients have newly recovered. So far, 1,50,437 patients have recovered from coronavirus.
The official said the new cases positive cases were found after conducting 12,849 tests.
Coronavirus cases were first reported in China in December last year. In March, the World Health Organization (WHO) declared it a pandemic.
There are now over 19.7 million confirmed COVID-19 cases globally, with more than 729,000 fatalities and 12 million recoveries, according to data compiled by Johns Hopkins University.
The United States currently has the highest number of confirmed cases (5,044,864) and deaths (162,938). Brazil is the second worst-hit country with 3,035,422 cases and 101,049 deaths.
Neighbouring India has the third-highest number of coronavirus cases (2,215,074) and fifth-highest death toll (44,386), according to JHU.
Bangladesh has been recording a high number of cases in recent weeks and many fear that the number will increase if more tests are conducted.
The government has requested the people to properly follow the health guidelines but the people are hardly paying any heed, reports UNB.