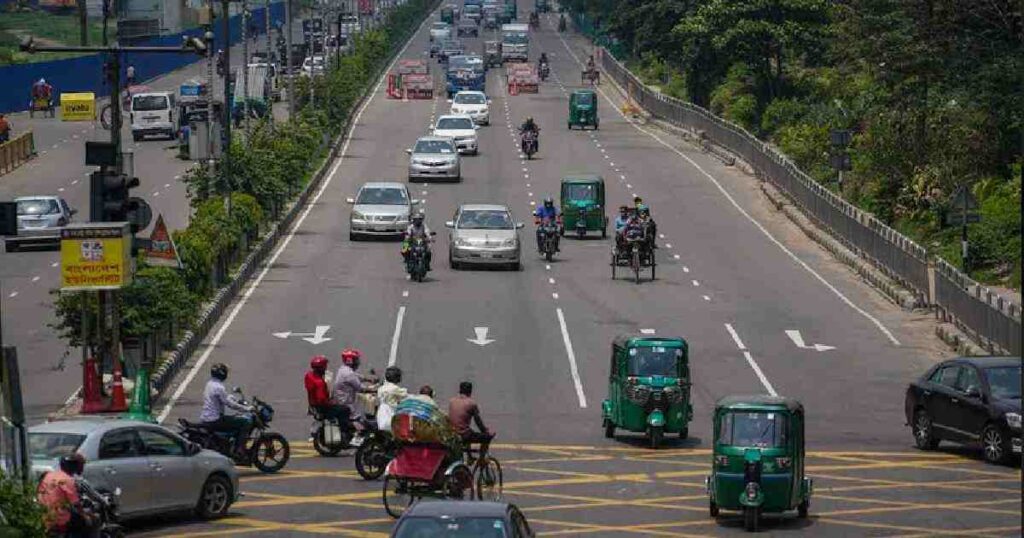 Dhaka, July 06 – Although some 2,000 people used to move to Dhaka every day from across Bangladesh seeking a better life barely six months back, many are now leaving the capital, in the wake of Covid-19 pandemic. While it is difficult for jobless and low-income people to manage three square meals a day, the pressure to pay house rent is forcing many to go back to their village homes leaving this dream city.
Over 60,000 tenants reportedly have left the capital bag and baggage having failed to maintain daily expenses as coronavirus has wiped out their jobs and sources of income, said Bharatiya Parishad, a platform of tenants.

It said many other jobless people are either preparing to leave the capital or selling their valuables, including ornaments and furniture, to keep their rented lodging intact by clearing rents and adjusting their advance payments.
Students, rickshaw-pullers, transport workers, day-labourers, hawkers, street vendors, employees of hotels, restaurants and shops, markets, construction workers, small traders and other low-income people involved in informal sector jobs are among those who have lost their ability to pay their house rent.
Many landlords, mostly who are fully dependent on the income from their houses, are also in trouble as many of their tenants either failed to pay rent or are vacating their houses since the virus has put both the tenants at odds.
Talking to UNB, Bharatiya Parishad president Baharane Sultan Bahar said thousands of to-let notices are hung in front of houses in the city as many people are leaving the capital losing their sources of income.
As per their internal survey, he said, over 60,0000 tenants, mostly involved in the informal sector, have left the city by June, their total number may stand at 1,00,000 at the end of the current month.
Sultan said many landlords are behaving unkindly with their tenants who are unable to pay rent at this crisis period. The landlords are seizing their valuables or pushing them out of their rented houses.
Under the circumstance, the Bharatiya Parishad president said, he is going to file a writ petition with the High Court on Monday seeking directives to waive the house rents and utility bills of poor and helpless and jobless tenants for three months — April, May and June.
Sultan said it is regrettable that the government remains silent about the plight of tenants. “The government can announce a package, even based on loan, for the helpless tenants to overcome the current situation. It can also encourage the landlords to waive fully or partially their rent by giving them stimulus.”
Stating that the houses rent in the city increased by 400 times over the two decades, Sultan said the landlords made huge money over the years by unusually hiking rents every year. “They should be kind enough to their tenants during this crisis period. They should give their tenants time to pay the rent instead of forcing them to vacate their houses.”
He urged the government to amend the House Rent Control Act 1991 to prevent the house owners in the capital from arbitrarily collecting excess rent from their tenants.
Urban affairs expert Iqbal Habib said millions of people live in the capital, mainly low-income ones involved in the informal sector, have become jobless and their existence in the city is at stake.

“Over 2,000 people used to come to Dhaka seeking jobs every day before the coronavirus onslaught. A huge number of them involved with informal sector and majority of them are not enlisted with the government or private organisations. So, neither the government nor the private organisations are taking their responsibility during this pandemic period,” he said.
For example, Habib said, many people work as construction workers in the city even for many big farms. “These workers usually work based on daily wages under some contactors who supply labour forces to different construction sites or companies. So, they’re not enlisted with any organisation and no one is responsible to look into their welfare.”
Even though the economic activities have resumed on a limited scale amid the corona pandemic, he said many people are not getting back their jobs making it impossible for them to stay in the capital city. “The government and different organisations have provided them food support, but who will pay their house rents? So, many people have left the capital while many others will do the same in the days to come. Though the government has announced various stimulus packages, these people are left out of that.”
Apart from this, he said, many people in the formal sector are also losing jobs due to the retrenchment policy adopted by many private organisations to cope with the coronavirus fallout.
Habib said the government should now help the jobless people by announcing a bailout package for them so that they can pay their rent at least partially.
Besides, he said, the city corporation should waive the holding tax of the landlords so that they can relive their poor and jobless tenants from rents to some extent.
Besides, Habib said, a house-rent policy should be enacted as soon as possible determining the relations between the landlords and the tenants and their responsibility to each other.
Mustafizur Rahman, Distinguished Fellow at the Centre for Policy Dialogue (CPD), said around 1.25 crore people either fully or partially have lost opportunities for earnings, and majority of them live in cities. “So, it’s now difficult for them to manage food for their families, let alone paying the house rent.”
He said taking necessary steps to get rid of the virus and fully resume the economic activities is the solution to the problem. “The government can widen its social safety net and cash transfer programmes, and provide soft loans to support both the tenants and the landlords to overcome the problem until the normalcy returns.” – News Desk with UNB