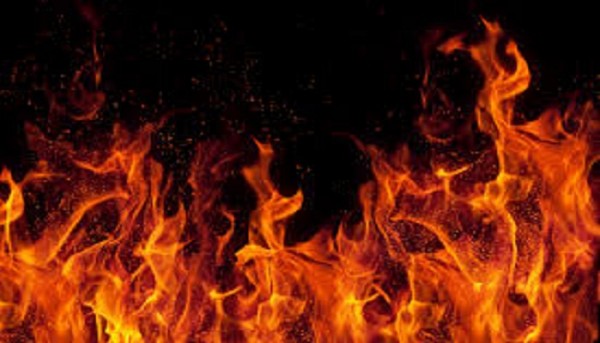 Pirojpur, Feb 14 (UNB) : A couple was burn to death in a fire which broke out at a house in Mathbaria upaizla of Pirojpur district early Sunday.
The deceased were identified as Saiful Islam, 20, son of Barek Mia and his wife Moni Begum, 18 of Nalbunia village in the upazila.
Station Master Sumon of Mathbaria Fire Service and Civil Defense said the fire broke out at the house of Saiful around 5am on College Road.
Saiful and Moni were asleep during the incident.
On information, a firefighting unit rushed to the spot and recovered the charred body of the couple.
The bodies were sent to local hospital morgue for autopsy, said Masuduzzaman, officer-in-charge of Mathbaria Police Station.
However, it is still not clear what caused the fire but the fire service officials say they suspect that the fire might have been caused by an electric short-circuit.
Police are investigating the incident.