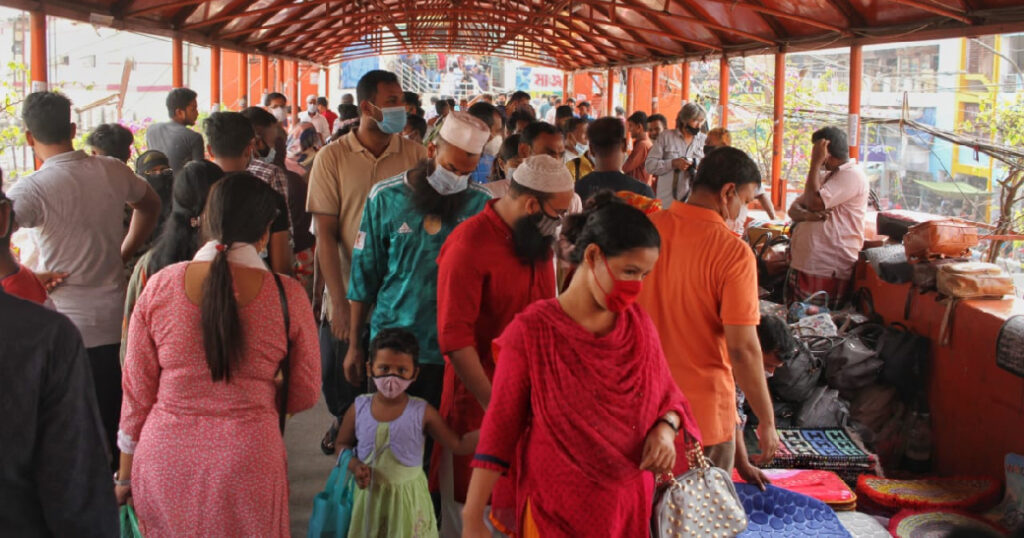 Bangladesh is seeing an increasing in coronavirus fatalities, breaking its single-day death count for the third time in as many days on Monday.The health authorities confirmed 83 deaths in the afternoon, surpassing Sunday’s figure of 78. The number was 77 on Saturday.
Fatalities from Covid-19 rose to 9,822 as the mortality rate remained static at 1.42 percent for the fourth consecutive day, the Directorate General of Health Services (DGHS) said in a handout.
Bangladesh announced its first coronavirus death on March 18 last year. The virus claimed 568 lives in January this year, 281 in February and 638 in March.
Between 8am Sunday and 8am Monday, 7,201 new cases were recorded, pushing up the caseload 691,957.
The infection rate jumped to 20.59 percent from 19.81 percent of Sunday’s. So far, 5,037,833 samples, including 34,968 in the last 24 hours, have been tested.
Bangladesh has been seeing record number of infections with daily case count surpassing 7,000-mark earlier this month before falling significantly on April 10 and April 11.
Meanwhile, 581,113 patients have recovered so far, including 4,523 in the last 24-hour period, the DGHS said.
A sharp rise in cases prompted the government to enforce a seven-day lockdown from April 5 but it was ineffective. The government extended the lockdown by two more days and announced to enforce a