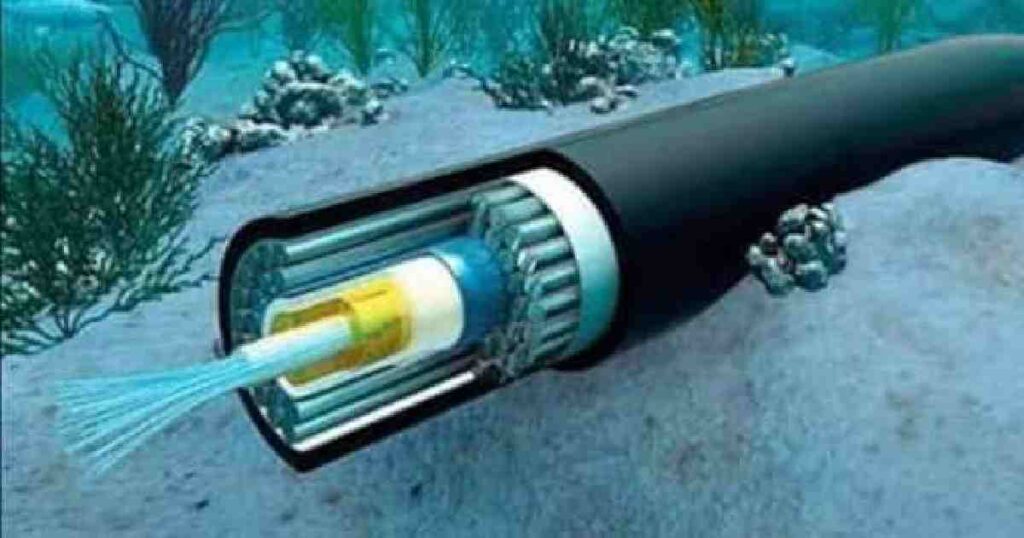 The submarine cable project is aimed at expanding the country’s international telecommunication system as Bangladesh will get 6 terabyte per second of bandwidth from the new connection.
The approval came from the weekly Ecnec meeting held at the NEC conference room. Ecnec Chairperson and Prime Minister Sheikh Hasina chaired the meeting joining it from Ganobhaban through a videoconference.
“Ecnec on Tuesday approved a total of four projects of three ministries. The total estimated cost of the projects is Tk 2,115.20 crore (only additional costs of three revised projects were counted here),” said Planning Commission member Prof Dr Shamsul Alam at a press briefing after the meeting.
Of the total cost, Tk 1,440.87 crore will come from the state coffer, while Tk 300.83 from the funds of the agencies concerned, and the remaining Tk 373.50 crore will come as loans from foreign sources – the World Bank and China, he said.
Talking about the submarine project involving Tk 693.17 crore, another Planning Commission member Md Mamun-Al-Rashid said Bangladesh Submarine Company Limited will implement it by June 2024.
“If the third submarine cable is installed, our bandwidth will be increased by 6 terabyte per second,” he said.
He said the new project has been taken as the lifespan of the country’s first submarine cable will expire in 2025. Since the first submarine cable is 15 years old, the rate of service disruption has been higher due to maintenance-related reasons, he added.
The first submarine cable –SEA-ME-WE-4– was launched in 2005 while the second one — SEA-ME-WE-5—in 2017.
With the third submarine cable, Bangladesh will join the South East Asia–Middle East-Western Europe-6 (SEA-ME-WE-6) cable, which will be stretched from Singapore to France through the Indian Ocean, Arabian Sea, Red Sea and Mediterranean Sea, he said.
The main project operations include installation of 13,275-km core submarine cable and installation of 1,850-km branch submarine cable, he added.
During the approval of the submarine cable project, the Prime Minister instructed the Bangladesh Telecommunications Company Limited (BTCL) to expand its services to all the remote areas, including Haor, Beel and Char, said Mamun-Al-Rashid ones.
She said no area should remain out of the BTCL coverage.
Sheikh Hasina expressed satisfaction for taking the third submarine cable project in due time as there is a growing demand for bandwidth in the country.
Once the 3rd submarine cable is installed, extra bandwidth could be exported to the Seven Sisters of India and also to Bhutan, the meeting was informed.
Besides, Saudi Arabia has shown willingness to procure bandwidth from Bangladesh.
The Ecnec meeting also cleared the three revised projects raising their costs and timeframes.
Among the revised projects, the 1st revision of the ‘Re-excavation of Arial Kha River, Haridoa River, Brahmaputra River, Paharia River, Meghna Branch River and Old Brahmaputra Branch River under Narsingdi district (1st revised) Project was approved with the additional cost of Tk 403.14 crore. The original cost was Tk 500.28 crore, which now stands at Tk 903.42 crore. The project deadline was also extended to June 2022 instead of June, 2021.
The 1st revision of the Modernization of Telecommunication Network for Digital Connectivity project was endorsed with an additional cost of Tk 741.54 crore as the cost now increased to Tk 3,314.94 crore from the original cost of Tk 2,573.40 crore. The project deadline was extended to June 2022 in place of June 2020.
The 2nd revision of the Municipal Governance and Services Project was cleared with an additional cost of Tk 277.35 crore as the cost now was raised at Tk 2,748.29 crore from the original cost of Tk 2,470.94 crore. The project deadline was extended to June 2022 instead of December, 2019. – UNB