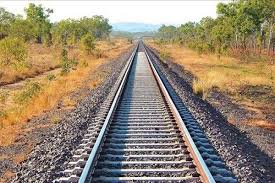 Dhaka, Mar 23 : Unveiling a fresh route with the potential of attracting both foreign and domestic tourists, the government is set to launch a Dhaka to Cox’s Bazar train service at the end of next year.The fresh initiative is expected to further boost tourism to the coastal beach town famous for its long, unbroken stretch of natural sandy sea beach, at the southern tip of Bangladesh.
The installation of rail tracks for the route will be concluded by December 2022, Railways Minister Nurul Islam Sujan told UNB.
“Visitors will be able to travel on train direct from Dhaka to Cox’s Bazar next year. Although the project term was fixed until June 2022, I’m keeping six months in hand,” Sujan said.
Two Bangladesh Railway projects are among the ten megaprojects sketched by the government, the minister informed, adding: “One is to install rail tracks from Dohazari to Cox’s Bazar.”
Once it opens, the railway’s expansion in the tourism hotspot of the region will be expanded significantly and at the same time it will contribute for the advancement of the country.
To attract the tourists railway stations will be decorated lucratively and safety of the commuters will be ensured, Nurul Islam said.
An iconic railway station will be built spending Tk 215 crore in the shape of an oyster where all international standard facilities will be available, he said.
The railway track will stretch to Ghumdum near Myanmar via Ramu, which will later be extended until China, the minister stated.
Project Director (PD) Md Mofijur Rahman said Dohazari-Cox’s Bazar-Ghumdum Railway is a mega project of the government which has been categorized among the fast track projects prioritized by Prime Minister Sheikh Hasina.
“We are working on to launch the rail track by 2022 and around 49 percent work of the project has been completed until January 31 this year,” the project director said.
“Currently cutting of soil, constructing bridge, station, culvert, level crossing and an iconic building in Cox’s Bazar are all underway,” he added.
The project will ease tourism to Cox’s Bazar, triggering a boost in the socioeconomic condition of the region, he insisted.
BR will provide secure, comfortable and cheap transportation for the commuters. Besides, it will facilitate cheap and easy transportation of fish, raw materials of paper, forest and agricultural products.
The 128-kilometer railway route will have nine railway stations dotting the way, at Satkania, Lohagora, Chakaria, Dulahazra, Eidgao, Ramu, Cox’s Bazar Sadar, Ukhiya, and Ghumdum.
All the railway stations will have computer based interlock signal system and digital telecommunication system.
Moreover, three large bridges will be built over the Sangu, Matamuhuri and Bankhali Rivers, along with 43 small bridges, 201 culverts and 144 level crossings.
Two highway crossings will be constructed in Ramu and Cox’s Bazar and a flyover at Kewchiya area of Satkania.
Prime Minister Sheikh Hasina laid the foundation of the railway project in April 2011, and the budget for the railway project was fixed at Tk 18.35 crore.
A total of 88 kilometers of rail track will be installed from Dohazari to Ramu, 12 kilometer from Ramu to Cox’s Bazar and 28 kilometers from Ramu to Ghumdum, reports UNB.