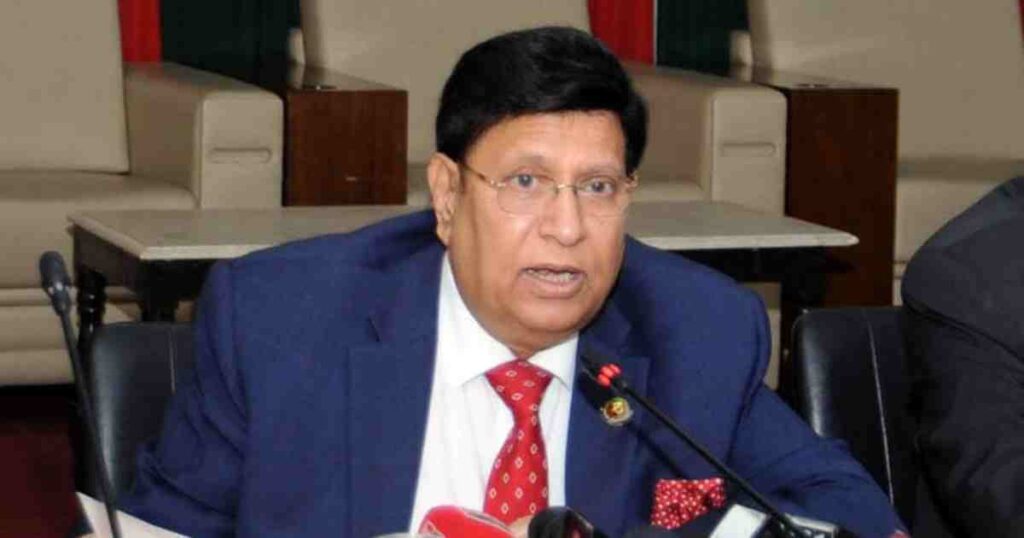 Dhaka, Nov 16 – Foreign Minister Dr AK Abdul Momen has said the battle against the “pandemic of intolerance” needs a concerted “whole of society” approach and a rock-solid partnership involving all stakeholders.

He expressed deep concern over the recent rise of hate speech, xenophobic attitude and human rights violation targeting religious minorities in the wake of COVID-19 pandemic.
Foreign Minister Momen was addressing the high-level virtual Ministerial Meeting to Advance Freedom of Religion or Belief organised by Poland on Monday.
The meeting was attended by high-level representatives from more than 50 countries including Poland, the USA, Australia, Brazil, Denmark, Finland, Kuwait, The Netherlands, Norway, Sweden, Uzbekistan, Slovakia, Morocco, Latvia, and Kazakhstan.
He highlighted that even in this current global context, Bangladesh has steadfastly maintained a peaceful co-existence of different groups and ensured the safety and security of all citizens irrespective of their religious background.
Underscoring the secular identity of Bangladesh as laid down by Father of the Nation Bangabandhu Sheikh Mujibur Rahman, the Foreign Minister mentioned about the “zero-tolerance approach” of the government towards any form of violence and discrimination against religious minorities under any pretext.
He expressed deep concern over the recent trend of attacking religion by some countries as well as the persecution of minorities by some others based on ethnicity and religion.
Dr Momen referred to the mass atrocities and persecutions of Rohingyas by Myanmar and their temporary refuge in Bangladesh.
In order to achieve peace and harmony, the Foreign Minister emphasised inculcating a mindset of tolerance and respect for each other irrespective of religion, ethnicity, colour and background.
He also stressed the need to promote inter-religious and interfaith dialogues to advance harmony and peace in society. – UNB