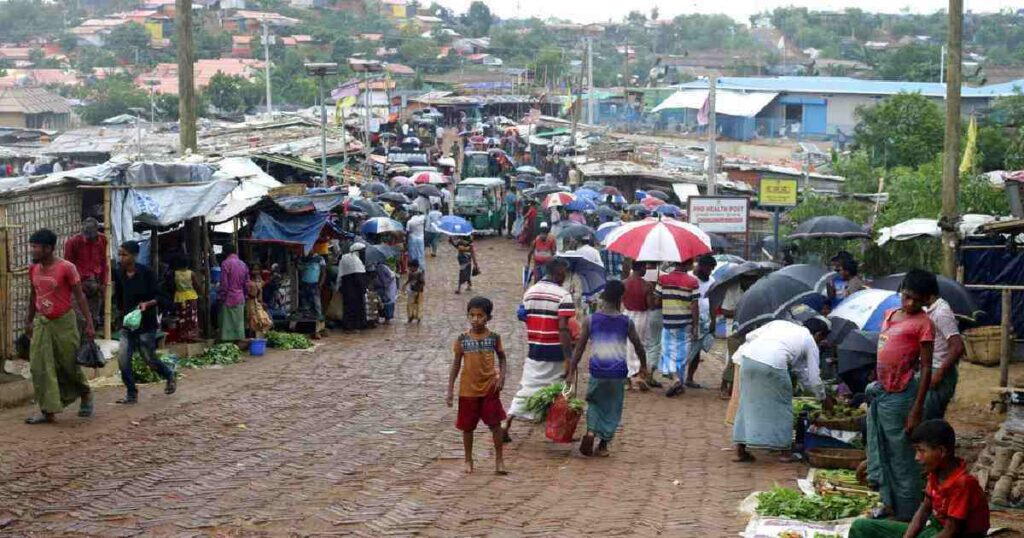 The government of Bangladesh has signed a $100 million grant financing agreement with the World Bank to scale up access to energy, water, sanitation services and disaster-resilient infrastructures for the Rohingya and the surrounding host communities.

Md. Shahabuddin Patwary, Additional Secretary, Economic Relations Division and Mercy Tembon signed the deal on behalf of the government of Bangladesh and the World Bank respectively on Wednesday, said the global lending agency on Thursday.

The additional financing to the ongoing Emergency Multi-Sector Rohingya Crisis Response Project will benefit about 780,800 people, including 140,800 local people with better public infrastructure.

This will be achieved through installing mini-piped water supply schemes, point water sources, and rainwater harvesting systems, along with household toilets and community toilets in the Cox’s Bazar district.

“Since the very beginning of the crisis, the World Bank has been supporting Bangladesh respond to the needs of Rohingya people as well as the host communities,” said Mercy Miyang Tembon, World Bank Country Director for Bangladesh and Bhutan.

“We recognize that the sheer magnitude of the influx placed enormous pressure on Cox’s Bazar’s infrastructure and provision of basic services. The additional financing will help alleviate the pressure and address the needs of the host communities as well as the Rohingya people.”

It will help build 40 multi-purpose disaster shelters, accessible to 81,000 people and climate resilient evacuation roads, as well as install around 4,000 solar streetlights and 975 lightning protection systems.

It will also help government agencies to strengthen institutional systems and capacities to plan, coordinate and respond to crisis and emergencies.

The World Bank is among the first development partners to support Bangladesh following its Independence.

Bangladesh currently has the largest IDA program totaling $14.04 billion. Since independence, the World Bank has committed more than $31 billion in grants, interest-free, and concessional credits to the country.