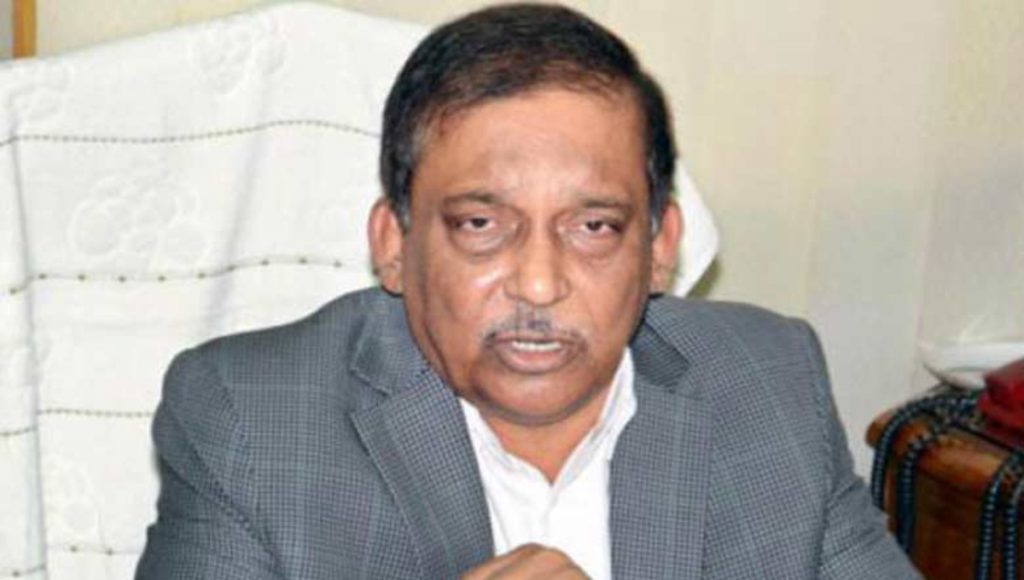 Dhaka, Nov 3 – Home Minister Asaduzzaman Khan Kamal has said that they are going to ban the militant outfit ‘Allahar Dal’ soon as part of stopping militant activities in the country.
“The members of the militant organisation-Allahr Dal were conducting their activities by distributing leaflet in the country. And that’s why, we are going to ban the black-listed militant group,” he told reporters at the meet with the Bangladesh Secretariat Reporter’s Forum (BSRF) in the secretariat yesterday.
“We have shown zero-tolerance against the terrorism and the militancy since forming the government,” he said and added that they have banned some militant organisations so far.
Earlier, the government has banned seven different Islamic militant groups for conducting militant activities in the name of establishing the role of Allah and the groups are a threat to the public order.
The names of the militant groups are: Ansar al-Islam, Jama’atul Mujahideen Bangladesh (JMB), Jagrata Muslim Janata Bangladesh (JMJB), Harkat-ul-Jehad al-Islami Bangladesh (HUJI-B), Hizb ut-Tahrir and Ansarullah Bangla Team (ABT).
On March 5, 2017, the Public Security Division of the home ministry had banned the Ansar al-Islam by issuing a notification.
“The activities of Ansar al-Islam threatens peace and stability in Bangladesh… all activities of this group stand banned because they constitute a threat to public order,” said the notification.
JMB and three other organisations were banned in 2005. Top JMB leaders Shaykh Abdur Rahman Siddikul Islam alias Bangla Bhai were hanged for killing judges at the time.
Hizb ut-Tahrir was banned in 2009 for preaching extremist views.
With the law enforcers cracking down hard on militancy, no significant activities of the radical organisations were seen until the murder of blogger Ahmed Rajib Haider in 2013.
Ansarullah’s existence was unearthed at the time. The organisation’s chief Mufti Jasimuddin Rahmani is serving a jail term for the murder of Rajib. Two of his followers have been sentenced to death, one to life in prison and four others to different terms for killing the blogger.
Police say that after ABT was banned in May 2015, its members regrouped under the banner of Ansar al-Islam.
They suspect sacked army major Ziaul Haque, who masterminded a coup to topple the Sheikh Hasina government in January 2012, is involved with Ansar al-Islam.
The group reportedly claims to be the Bangladesh offshoot of al-Qaeda in the Indian Subcontinent (AQIS).
According to law enforcement and the intelligence agencies, there are at least 12 militant organisations are operating across the country.
The organisations are Islam o Muslim, Allar Dal, Islamic Democratic Party, Towhidi Trust, Amiuddin Bangladesh, Ulama Anjuman Al Bayenaat, Bishwa Islamic Front, Harkat-e-Islam Al-Jihad, Muslim Millat Sharifa Council, Dawate Islam, Joishey Mostafa of Bangladesh and Hizbullah Islami Somaj.
During the press meet, the home minister shared many issued to the reporters. About spreading rumour using different social media, the home minister informed that they have identified the people, involved in spreading rumor and all of them would be punished.
The home minister has advised the people to not spreading rumour using social media like facebook.
Asaduzzaman Khan Kamal has informed that they are going to purchase a helicopter for the country’s main law enforcement agency Police soon.
“We have already formed 15 different units of police so far,” he said.
When asked about the introduction of much-talked-about e-passport, the home minister said that he does not know when the e-passport would be introduced in the country. – Staff Reporter