Dhaka, June 2 – A large number of vendors have set up makeshift shops on the capital’s footpaths and lanes along major streets and markets to claim their stakes in the frenzied Eid shopping.
These shops, offering goods at cheaper prices, usually attract lower-middle-class and poor people but many from the middle class also visit them.
Items that are on high demand include Panjabis, trousers, T-shirts, jeans and gabardine pants, footwear, belts, lungis, caps, wallets, children clothes, saree, three-pieces, skirts, and cosmetics.
Many people were seen thronging makeshift shops in the city’s Mirpur, Dhanmondi, Panthapath, Gulistan, Chakbazar, English Road, Sadarghat, Purana Paltan, Motijheel, Fakirapool, New Market, Nilkhet, Jatrabari, Sadarghat, Malibagh, Mouchak and Rampura, Shahjadpur, Badda and Batara areas on Friday and Saturday for the last-minute shopping.
Buyers told the UNB correspondent that they were happy with the wide range of products and affordable prices. Elated vendors said the volume of sale and profit this year is higher than the previous years.
Tejgaon College student Mizanur Rahman is one of the happy buyers.
He said he bought a Panjabi at Tk 300 from a street vendor in Purana Paltan, adding that it would have cost him at least Tk 1,000 if he bought it from a regular shop.
Alamgir Hossain, a car driver, said he bought two shirts each at Tk 250 from a street vendor in Rampura Bazar. “Good quality products are available at many roadside shops at cheaper rates,” he said.
Misbah, a Dhaka University student, said he planned to buy a couple of jeans trousers and visited Bashundhara City Shopping Mall. “Their asking price was between Tk 1,500 and Tk 4,000 for a pant. So, I bought two jeans pants from a street vendor at Mouchak at Tk 600.”
Many others, like Hosne Ara, a middle-aged housewife, came to the makeshift shops to complete their Eid shopping with a limited budget. She bought two skirts and some cosmetics for her daughters from Mirpur 10.
“I have a small budget. So, I came here,” she said.
There are several thousand vendors alone in the city’s Mirpur area. They have set up makeshift shops on footpaths and open spaces and are attracting a large number of customers.
“We have a very good collection of quality jeans, shirts and Panjabis at very affordable prices. That’s why we’re getting overwhelming response from the shoppers,” Arif, a vendor at Mirpur-13, told UNB.
Sumon, another vendor at Mirpur-10, said he has set up the shop at Mirpur 1 investing Tk 2 lakh ahead of Ramadan. “I’ve already made a profit of Tk 1.5 lakh only by selling attires for women and kids,” he said.
Khorshed Alam, who was selling shirts and Panjabi at a makeshift shop at Mouchak, said he made a profit of nearly Tk 2 lakh in just 15 days.
He said he has to share a portion of his profit with police and local influential people. “Police harass us even though we bribe them,” he said. – UNB 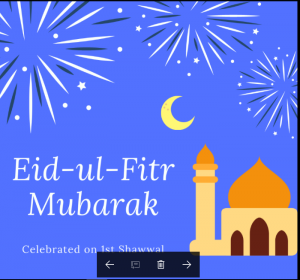 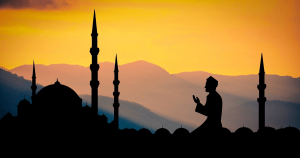 Eid-ul-Fitr on Friday as Shawwal moon not sighted