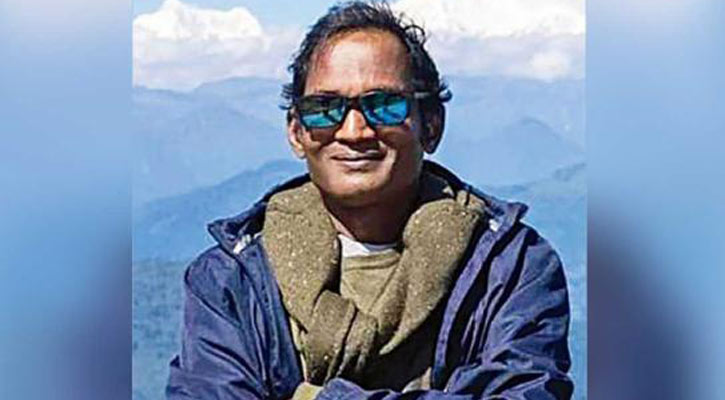 Dhaka, Mar 3 (UNB) :  The High Court on Wednesday granted a six-month bail to cartoonist Kabir Kishore in a case filed under the Digital Security Act (DSA) for ‘anti-government posts’ on Facebook.The HC bench of Justice M Enayetur Rahim and Justice Md Mostafizur Rahman passed the order.
Advocate Jyotirmoy Barua stood for the accused while Deputy Attorney General Md Sarowar Hossain represented the state. “Now there’s no bar to release him from jail,” said Advocate Jyotirmoy Barua.
Responding to a question from a reporter, the lawyer hoped that Kishore will be released from jail within two or three days.
On March, 1, the High Court fixed March 3 for hearing on the bail petition of the cartoonist.
Earlier, Rab personnel arrested writer Mushtaq Ahmed, also a businessman, and cartoonist Ahmed Kabir Kishore from their respective homes in Kakrail and Lalmatia areas on May 5, 2020 on charges of spreading disinformation against the government on social media.
A case was filed under the Digital Security Act against them and nine others with Ramna Police Station on charge of posting anti-government remarks on Facebook.
Later, a court sent cartoonist Kishore and writer Mushtaq to jail in the case.
Dhaka Metropolitan Magistrate Court Judge Begum Mahmuda Begum passed the order after rejecting their bail petitions.
Calls for Mushtaq’s release were widespread and sustained throughout his time in prison. Soon after his arrest, more than 300 dignitaries in Bangladesh issued a joint statement demanding his release, alongside cartoonist Ahmed Kishore.
Amnesty International reiterated the demand in a statement in January, saying the duo (Kishore and Mushtaq) had been arrested “solely for the peaceful exercise of their right to freedom of expression.”
Writer Mushtaq Ahmed, 53, died on February 25 in Kashimpur Jail, Gazipur, leading to a huge outcry on social media platforms and protests by student bodies in Dhaka.