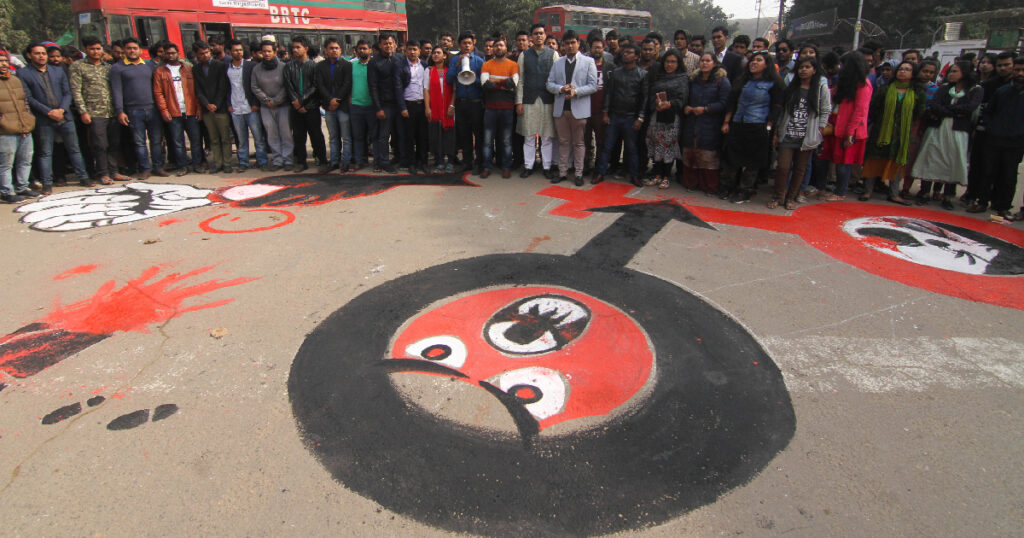 Dhaka University (DU) students staged demonstrations on the campus again on Tuesday morning demanding capital punishment of the man who raped one of their fellow.

They formed a human chain in front of Raju Memorial Sculpture around 10:30 pm, said witnesses.

The protesting students, with pieces of black cloth on their faces, were carrying various placards seeking justice for their fellow.

Earlier on Sunday night, a female student of the university was raped by an unidentified man at Kurmitola in the city.

Following the incident, DU students blocked Shahbagh intersection for two hours on Monday and gave a 24-hour ultimatum to the authorities for arresting those involved in the rape.

On Monday, the rape victim informed police that the perpetrator was alone.

Meanwhile, doctors at Forensic Department of the Dhaka Medical College and Hospital found the evidence of rape after forensic test on the victim.

Classmates of the victim said she had been picked up by an unidentified man after she got down from the university bus around 7pm on Sunday and was made unconscious.

Later, the miscreant took her to a nearby place and raped her.

The victim regained consciousness around 10pm and contacted her fellows. She was admitted to the DMCH around midnight.

The victim’s father filed a case with the Cantonment Police Station.