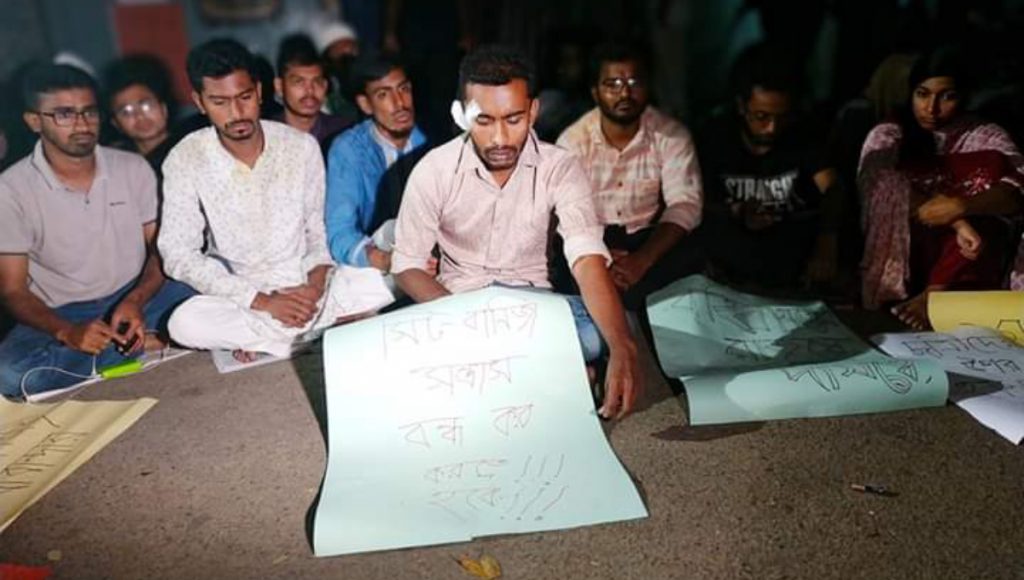 Witnesses said the BCL men slapped and harassed Nur when he along with his followers and general students went to SM Hall to meet its provost to protest against torture and harassment of a student of the same hall, Farid Hasan, who was beaten up allegedly by some BCL men on Monday night for contesting as an independent general secretary aspirant in the election to Salimullah Muslim Hall unit students’ council.

When Nur along with other protesters went to the hall to meet its provost, the BCL activists tried to bar them and threw eggs on them, according to witnesses.

During the scuffle, Nur was cordoned off by BCL men at the Hall premises from 7 pm to 8:30 pm. Later activists of Bangladesh General Students’ Rights Protection Council and quota reformists along with the hall provost went to the spot and rescued the popular student leader.

Earlier, activists of Bangladesh General Students’ Rights Protection Council under the leadership of Nur, several members of Swatantra Jote and panel members who have boycotted the Ducsu polls formed a human chain in front of Raju Sculpture protesting the assault on Farid.

Farid Hasan, after being beaten by BCL, was taken to Dhaka Medical College Hospital (DMCH) where he had to take 32 stiches.

Farid told UNB that several BCL activists took him to the hall around 11:30 am from his room and in the presence of hall unit BCL general secretary Mehedi Hasan Taposh and hall union GS Julius Caesar. Later, around 50 leaders and activists of the party brutally beat him.

“They asked me who gave me the courage to stay in the hall. I escaped from the place to avoid further beating and went to the hospital,” he added.

Meanwhile, protesting the attack on Ducsu VP, several hundred students took position in front of the VC’s residence holding placards and were chanting slogans till filling of this report around 10:00 pm.