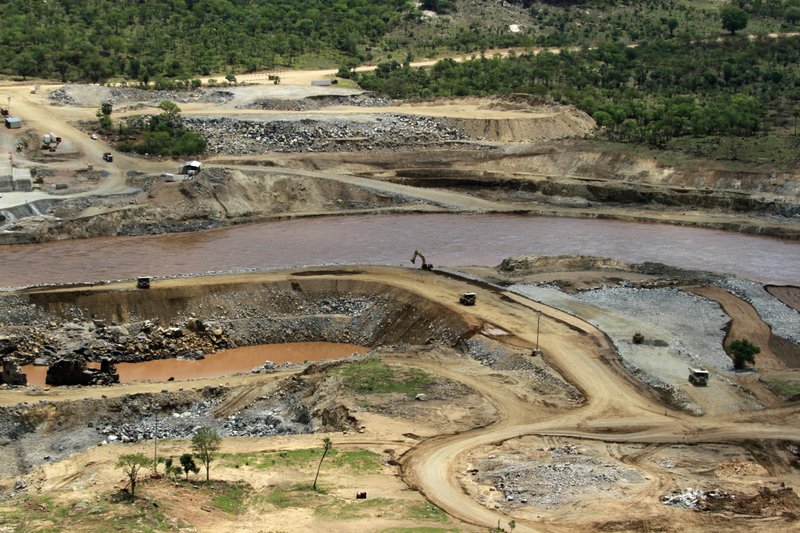 Cairo, Oct. 6 (Xinhua/UNB) — The recent negotiations between Egypt, Ethiopia and Sudan on the Grand Ethiopian Renaissance Dam (GERD) being built on the Nile River reached a “dead end,” a spokesman for Egypt’s Ministry of Water Resources and Irrigation, Mohamed Sibai, said on Saturday. The spokesman held Ethiopia responsible for the failure of the negotiations as the Ethiopian side rejected all the proposals that would help Egypt avoid serious harms due to the construction of the dam, according to Egypt’s state-run MENA news agency.
The Egyptian, Sudanese and Ethiopian ministers of irrigation concluded on Saturday three-way negotiations in Khartoum to discuss the file of the GERD.
Ethiopia presented a new proposal during the negotiations at the level of the independent scientific research group, the spokesman said, noting that the new proposal goes against all the process of filling and operation principles that have been agreed upon.
He pointed out that the new proposal does not ensure the minimum levels of the dam’s annual discharge, adding it did not deal with droughts and protracted droughts that may occur in the future.
Ethiopia also refused, according to the spokesman, to discuss the rules of operation of the dam.
He noted that Ethiopia’s stance violates Article V of the text of the Declaration of Principles Agreement signed on March 23, 2015, and contradicts with the norms used internationally to cooperate in the construction and management of dams on common rivers.
“The Ethiopian position has brought the negotiations to a standstill, especially after Ethiopia rejected the Egyptian proposal, which presented an integrated proposal for the rules of filling and operating the dam, which is fair and balanced and takes into account the interests of the three countries,” the spokesman said.
Ethiopia started building the dam in 2011 and it is expected to produce over 6,000 megawatts of electricity and to be Africa’s largest hydropower dam upon completion.
Egypt, a downstream Nile Basin country, is concerned that the construction of the GERD might affect its 55.5-billion-cubic-meter annual share of the river water. Meanwhile, upstream Ethiopia and downstream Sudan eye massive future benefits through the dam.
Filling the reservoir, whose total capacity is 74 billion cubic meters, may take several years. While Ethiopia asked to fill it in five-six years, Egypt seeks to prolong the period to avoid the negative effects of water shortage, which is the main point of their talks.