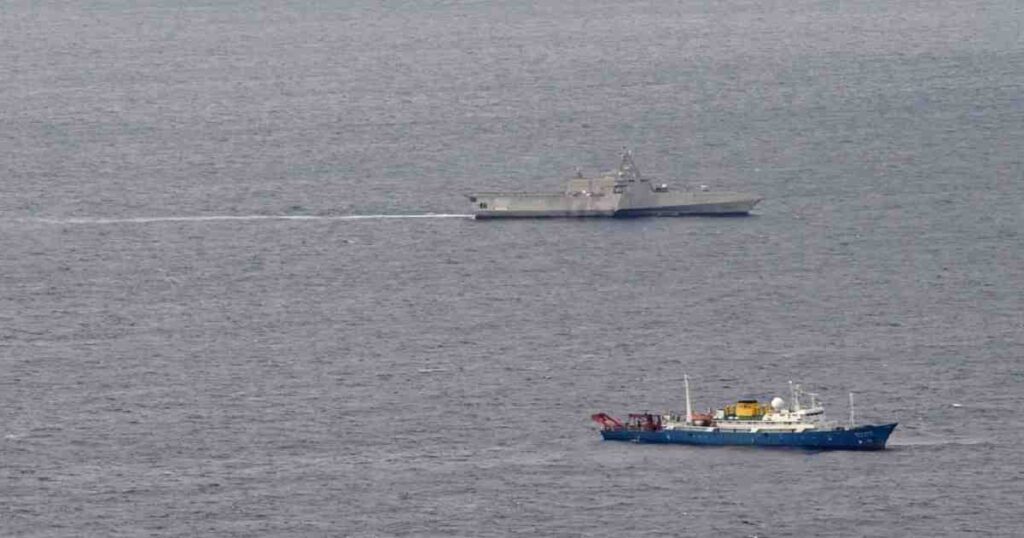 Dhaka, Feb 2 (UNB) : An environment impact assessment (EIA) is going to be done soon in the country’s maritime area as a prerequisite to begin the main work on a multi-client seismic survey for hydrocarbon exploration in the Bay of Bengal.
According to official sources, Environment and Resource Analysis Center (Enrac) Ltd, a private consulting firm, was hired by the contractor of multi-client survey work for the EIA job.
“We hope Enrac will commence its job within this month. They have been discussing with different concerned authorities including Bangladesh Navy,” said a senior official at Petrobangla, the state-owned hydrocarbon agency.
The Petrobangla official, however, could not give any concrete idea as how much time the Enrac will require to finish its EIA.
When contacted, a top official of Enrac was found reluctant to talk on the issue and said that his firm is not authorised to say anything on the assigned job.
“We’re not authorised to make any external communications,” said Mehedi Hasan, team leader of Enrac.
It was claimed by Enrac in its website that the firm is an independent, multi-disciplinary consulting firm. “It has been established by a group of highly qualified and dedicated experts of development interventions”, mentioned the Enrac website.
Multi-client seismic survey has been a long standing issue for the country as the Petrobangla had moved to conduct this survey years back.
After spending four years in bureaucratic redtapism, the government approved a Petrobangla proposal to award the contract for 2D non-exclusive multi-client seismic survey to TGS-SCHLUMBERGER JV, a European joint venture energy company, in April 2019.
The official said the TGS-SCHLUMBERGER JV will conduct the survey at its own cost to collect the seismic data from the country’s maritime areas and share its data free of cost with state-owned Petrobangla.
But the TGS-SCHLUMBERGER will have the right to sell the data to interested international companies who will want to participate in the hydrocarbon exploration in the Bangladesh offshore areas.
Petrobangla, the country’s hydrocarbon corporation, first invited the tender for the job in February 2015 where the same company was selected for the job. But the selection process was cancelled and re-tender was invited in December 2015.
In the second-time bidding, the TGS-SCHLUMBERGER again came out to be the first choice. But it took more than four years to get approval of the Cabinet Committee on Economic Affairs, the highest Cabinet body to approve the unsolicited state purchase.
Bangladesh has been trying to award its offshore gas blocks to international oil companies since its settlement of maritime boundary disputes with neighbouring India and Myanmar, but the efforts were not very successful.
Many officials blamed the lack of seismic data of the gas blocks for the failure to attract the international oil companies for the exploration in the blocks.