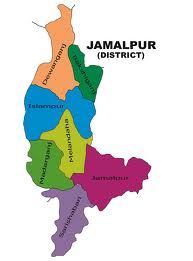 Former Accountant of Jamalpur  Municipality was arrested in a
misappropriation case filed by  Anti Corruption Commission (ACC) on
Thursday.
Md Jalal Uddin, former accountant of Jamalpur Municipality,  was
arrested by the police led by Deputy Director of ACC Md.  Jahangir
Alam, as 7 cases were filed by ACC against him for  misappropriating
Taka 77 lakh.
According to Jamalpur Sadar Police Station sources, Md Jalal Uddin
misappropriated more than Tk 77 lakh while working from September 26,
2004 to December 22, 2011 at the office.
During the period he embezzled Tk 11 lakh 67 thousand 632 from the
contributory provident fund and gratuity of the employees of the
municipality. At that time he also embezzled security money of
contractors, VAT, income tax and roller fare of the municipality worth
Tk 65 lakh 38 thousand 580.
Police said, instead of depositing the aforesaid money to the
municipality fund and government exchequer he deposited the cash in
his private account at Pubali Bank Limited in Bakultola branch in the
town.
(Source: BSS,  Jamalpur)