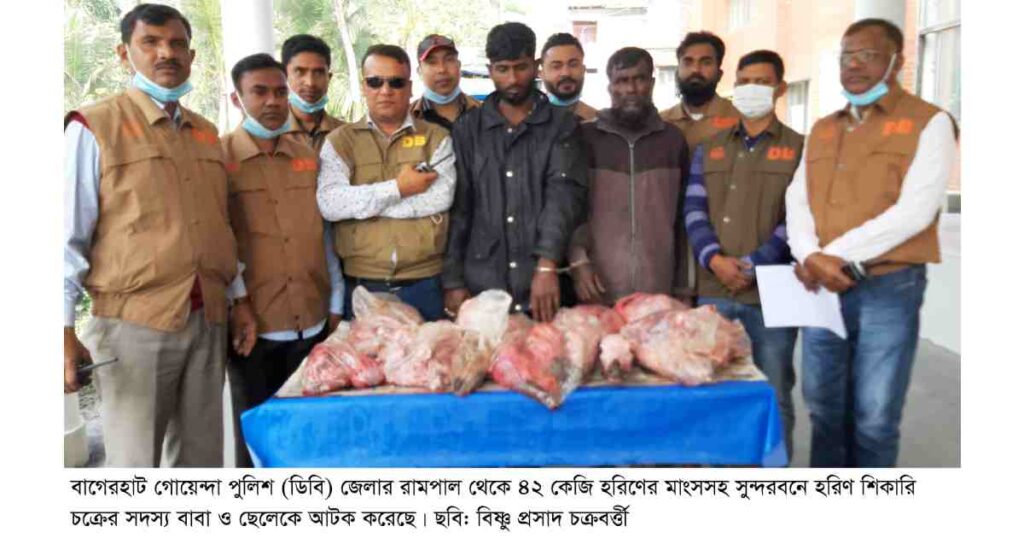 Bagerhat, Feb 2 (UNB)— Bagerhat Detective Branch seized 42kg deer meat and arrested a man and his son from Bogura chor area under Rampal Upazila on Tuesday for allegedly smuggling venison.
The arrestees were identified as Sheikh Abdur Rahman, 52, and his son Mostakin Sheikh, 27 of Gobindopur village in Rampal. Police said they hunted deer and sold their meat.
According to DB, Rahman and Mostakin work with a poacher gang. They hunted three deer a couple of days ago, butchered them and brought the meat to the locality to sell them. Police recovered three deer heads as well.
In the last two weeks, the law enforcement recovered 111kg venison, 19 deer skins and a tiger skin from Bagerhat. Nine members of various poaching gangs were also apprehended in these drives.
A team of DB raided Bogura char area acting on a tip-off, seized 42 kilograms venison and arrested the duo, said Shafin Mahmud, Additional Superintended of Police.
A case has been filed against the duo.
On Sunday night, the Forest Department arrested a poacher along with 22kg venison.
Earlier, Coast Guard’s West Zone members detained three smugglers along with a deer head and 47kg venison from Bagerhat’s Diraj Bazar area under Mongla Upazila last Monday.
On Jan 23, Dhaka Detective Branch of Shoronkhola Upazila seized 19 deer skins on a drive from Sarankhola Upazila Bus terminal area and arrested two poachers.
Besides, a joint drive of Sundarbans Forest Department and Rapid Action Battalion (RAB) captured Gaus Fakir, a member of poacher gang, with a tiger skin on Jan 19. 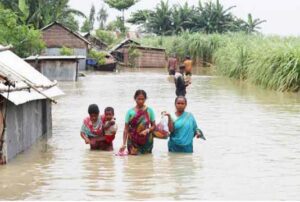