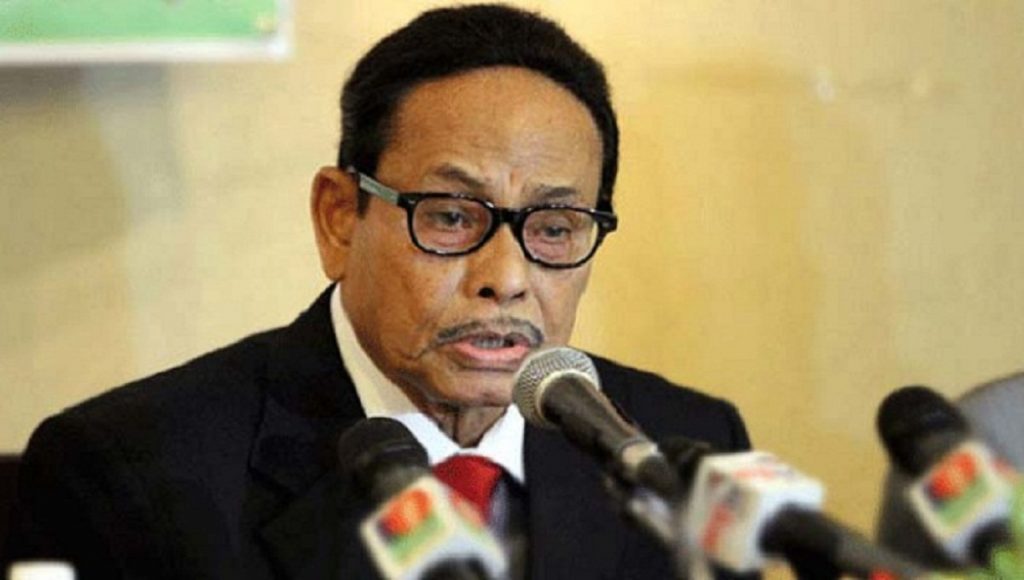 Taking to UNB, Ershad’s press secretary Shunil Shuvo Roy said their chairman was admitted to the CMH in the morning as he was suffering from fever and other old-age complications. “Sir’s (Ershad’s) health condition deteriorated as he got affected by fever last night,” he said.

Ershad, also the Leader of the Opposition in Parliament, has been undergoing treatment at the Intensive Care Unit (ICU) of the CMH, Roy added.

Meanwhile, a Jatiya Party press release said Ershad is doing well as he has been given treatment at the CMH.

The Jatiya Party chairman has been suffering from various serious ailments for the last nine months and received treatment aboard at different occasions.

Due to his poor health, Ershad on April 6 last reinstated his younger brother GM Quader as party chairman in his absence.

A day later on April 7, he donated his all assets to a trust.