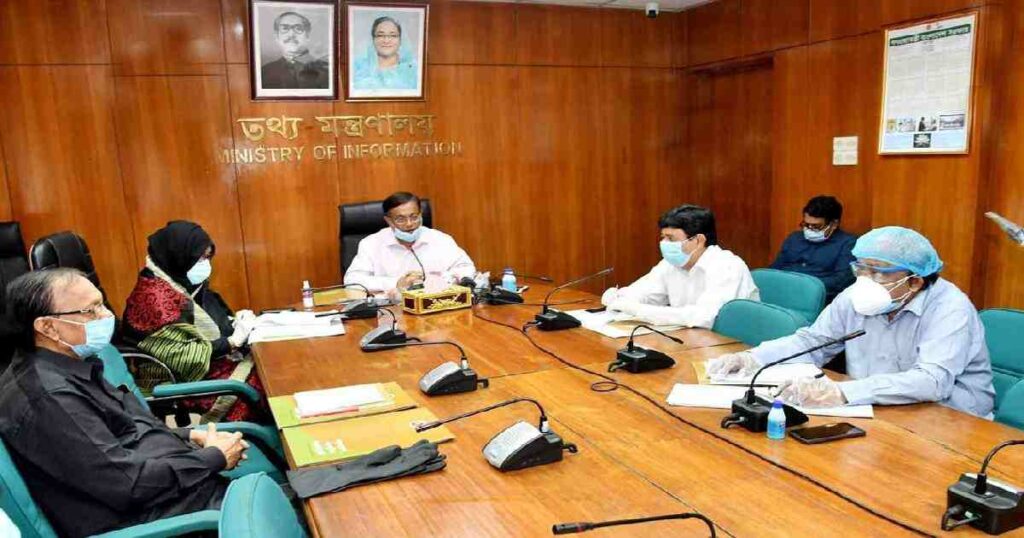 Referring to the fact that the country’s mobile operators are deducting extra charges before the budget is passed, Information Minister Hasan Mahmud on Thursday said the practice is unfair.

“If the operators have started charging extra money from subscribers’ accounts before the budget is passed, it is unfair. It is inappropriate and illegal for mobile companies to do so before the proposed budget is passed on June 30,” he said.

The Minister was exchanging views with the media prior to a meeting with the Executive Council of the Journalists Welfare Trust at the Information Ministry.

He termed the journalists of the country as ‘frontline fighters’ against coronavirus and highlighted that many media houses have stopped paying salary to them while some even got fired.

“Considering these issues, Prime Minister Sheikh Hasina has instructed to provide financial assistance from our ministry to the distressed and helpless journalists,” said the minister.

In a previous meeting with Journalist Welfare Trust it was decided that a one-time grant of Tk 10,000 will be given to those journalists who have been laid off and have not been paid for a long time, he said.

“Today we will finalise the list of those who will receive aid in the first phase of that grant. This list has been finalised by the journalist leaders. Lists obtained through other organisations have also been taken into consideration as per the policy of the trust,” the minister added.

In the first phase, 1,500 journalists will receive the aid followed by more in the later phases. They will receive checks from the Journalist Welfare Trust.The Minister remarked the BNP leaders are concerned about their political future.

“The statements made by the BNP leaders including Rizvi Ahmed, are deliriums out of jealousy over the country’s development progress under the leadership of the Awami League government,” he said.

Hasan Mahmud condemned BNP and said they have not been able to appreciate any budget in the last 11 years falsely tagging those as ‘ambitious’ and ‘not feasible’.

“Some other organisations in the country also spoke in the same tone as the BNP but all their fears and negative views have been proved wrong. All the budgets have been implemented in Bangladesh for the last 11 years,” he said.

The minister further claimed that the budget implementation rate is 93 to 97 percent including the development budget.

“With the implementation of these budgets, the per capita income of the country has increased 3.5 times while the size of GDP has increased almost three times. Bangladesh has risen from low-income to a middle-income country. Poverty has come down from 41 to 20 percent – this is the reality,” he added.