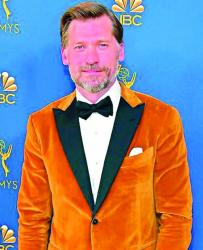 Game of Thrones’ now sits at a 58 per cent critic score on Rotten Tomatoes, with a much lesser audience score, at 33 per cent. Now, hate responses from disappointed fans have seeped into the cast’s WhatsApp groups, reports Eonline.
“Every season has been intense in terms of the attention and discussion, but it was extraordinarily intense for a final season,” Coster-Waldau said at a Game of Thrones convention in Nashville, according to HuffPost.
While he said he was not trying to make anyone feel bad, “there was that weird feeling of, ‘What the hell? We worked so hard.'” In a different panel, Coster-Waldau also said he loves how intense the response was, reports BBC.