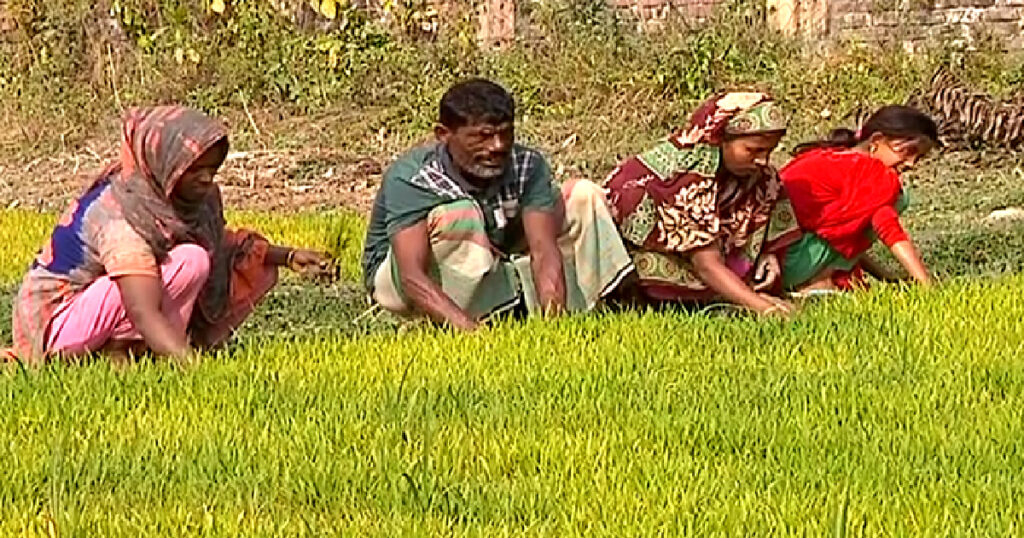 A high production cost and low prices of the products have led to a decline in Boro cultivation in Faridpur over the years as frustrated farmers go for cash crops.Data from the Department of Agriculture Extension (DAE) show that the target of boro cultivation in 2010-11 was 39,417 hectres, which has come down to 24,00 hectres in 2019-20.
Farmers told UNB that they did not get fair prices for the crops in the last season. Producing a maund (37.32 kgs) of paddy cost Tk 800 but they fetched about Tk 600.
Hafizur Rahman, a farmer of C&D ghat area in Sadar upazila, said he cultivated paddy in six bighas last year at a cost of Tk 14,000. “I earned only Tk 10,000 from the production. So, I’ve decided to plant onion, pulse and wheat this year,” he said.
Several farmers of Ambikapur village pointed out that paddy cultivation is dependent on irrigation and hence its cost is always high.
Anwar Hossain, a paddy seller of Boalmari, said farmers are being deprived of fair prices through rice import. “Besides, the government procures rice from millers but not directly from farmers. If this continues, farmers will not cultivate boro in future,” he said.
But Kartik Chandra Chakraborty, deputy director of DAE, offered a different version.
“DAE is encouraging farmers to diversify their products and that’s why they are cultivating alternative crops,” he said. “There won’t be any shortage of rice even after the decline in production.”
Bangladesh produced 20.4 million tonnes of boro rice in 2018-19 against a target of 19.6 million tonnes, according to DAE.
In 2017-18, the boro output was 19.7 million tonnes against the target of 19 million tonnes.
According to available data, boro yield was 18.4 million tonnes in the 2016-17 fiscal year while it was 19 million tonnes in 2015-16 and 18.3 million tonnes in 2009-10, reports UNB from Faridpur.