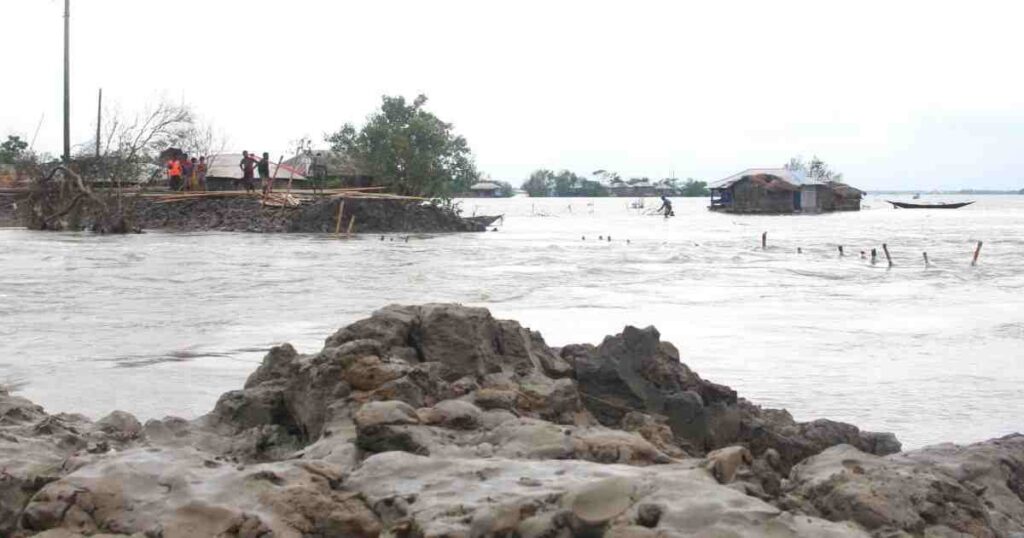 Bhola, Sept 4, 2020 – State Minister for Water Resources Zahid Faruque Friday said a feasibility study is underway to raise the height of the coastal embankments in the country including Bhola for protecting around 710 kilometres coastline from tidal surge.“With the support from the World Bank, a feasibility study under a project is now progressing to raise coastal embankments’ height through the coastlines of the country”, the state minister told the journalists after visiting the erosion-prone area at Ilisha under the Sadar Upazila.
The height of the coastal embankment will be up to 18 feet for protecting the area from heavy tidal surges during the cyclone — as the coastal zone constitutes 32 percent of the land area and hosts nearly 28 percent of the population, which is nearly 42 million, he added.
The government earlier constructed some 123 polders surrounded by the embankments of the 1960s to protect the coast from tidal flooding and reduce salinity incursion, but over the time these polders have turned ineffective.
In most of the cases, it is widely reported that coastal embankments are being damaged mainly for human habitation on the embankments, and this should be discouraged, the state minister said.
Bhola-2 lawmaker Ali Azam Mukul, Additional Secretary of the Water Resources Ministry Mahmudur Rahman, deputy commissioner of Bhola M Masud Alam Siddique and local Awami League leaders, among others, attended.
The state minister also visited different ongoing projects of the Water Development Board located at Doulatkhan, Borhanuddin, Lalmohon and Charfashion Upazilas. – Agency