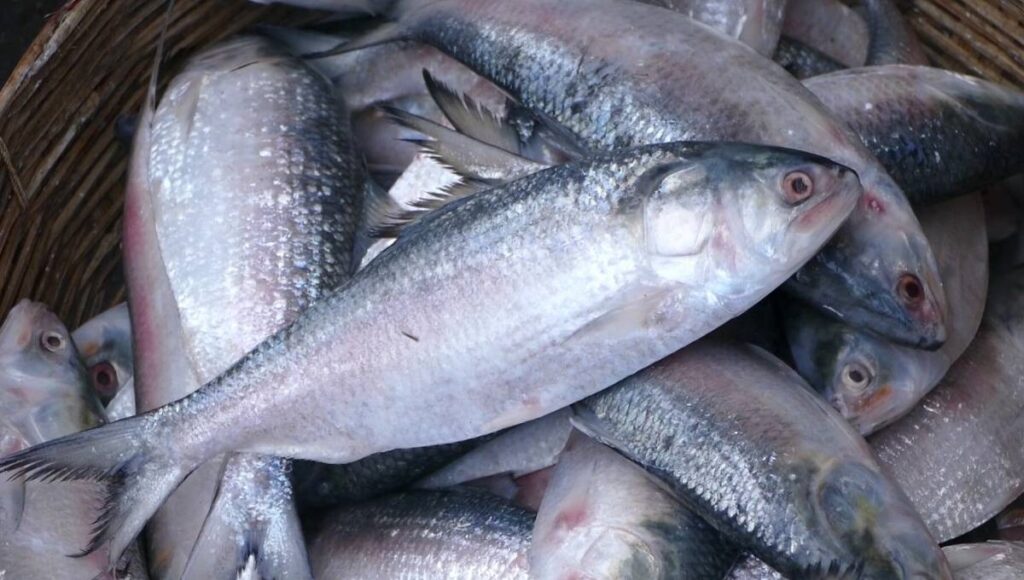 The first lot of 500 tonnes hilsa is being sent to India through Benapole land port on Saturday.Syed Anwar Moksud, general secretary of Kolkata Hilsa Importers’ Association, said Bangladesh government stopped exporting hilsa to India in 2012 but has recently allowed 500 tonnes of hilsa export to India on the occasion of Durga Puja.
The 500 tonnes of hilsa will reach India’s West Bengal within October 10 in separate phases, he added.
The Commerce Ministry took the decision of exporting 500 tonnes hilsa on Wednesday as a gesture of goodwill on the occasion of Durga Puja, the biggest religious festival of the Hindu community, said its public relations officer Md Abdul Latif Bakshi.
The five-day Durga Puja is set to begin on October 4 next, reports UNB from Benapole.