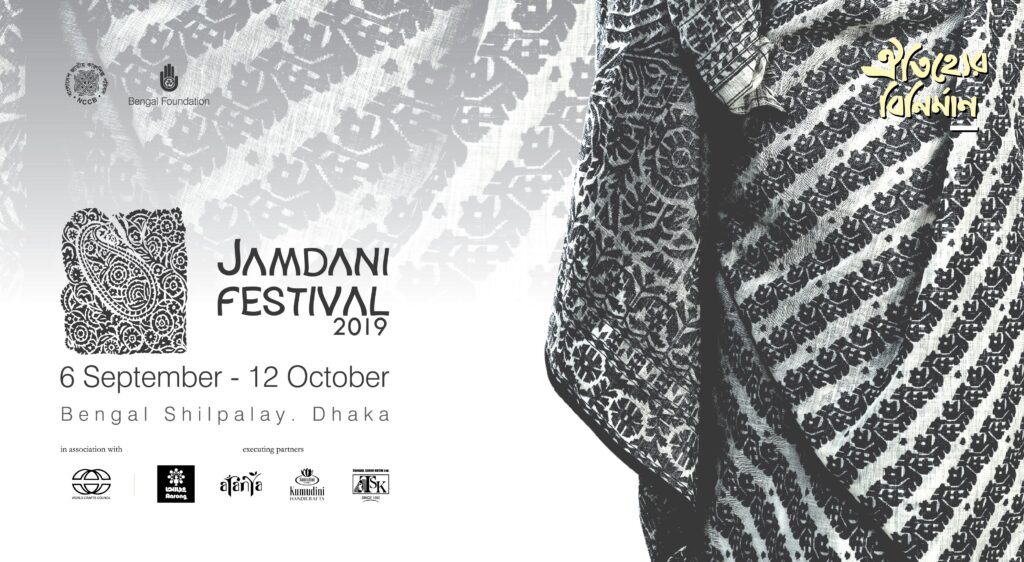 Dhaka, Sept 3 ( UNB) – A five- week long Jamdani festival will begin at Bengal Shilpalay in the city’s Dhanmondi on Friday.

A press conference on the festival was held at Bengal Boi in the city on Tuesday.

Addressing the press conference, President of the National Crafts Council of Bangladesh Rafiqul Islam said it took two years for the preparation of the festival.

A seminar titled “Jamdani: Past, Present and Future ” will be held on September 7 at Women Voluntary Association ( WVA) in the city’s Dhanmondhi area, the organiser said.

The festival will be inaugurated by Education Minister Dr Dipu Moni while
State minister for Cultural Affairs K M Khalid, Mayor of Narayanganj Selina Hayat Ivy and the President of the World Crafts Council Asia-Pacific Region Dr Ghada Hijjawi Qaddumi will be present on the occasion as special guests.

President of the National Crafts Council of Bangladesh Rafiqul Islam will chair the inaugural ceremony.

The Master Craft Persons award ceremony will also be held on the same day to honour the most efficient master weaver and their apprentices for their skills and contributions to the community.

Four short films onthe design and weaving process of Jamdani and the life of weavers will be screened as part of programme.

The organisers said that they have taken all out efforts with the support of the Cultural Affairs Ministry and local administration of Sonargaon to make Sonargaon as the world Craft City.

The exhibition is open to all every day, except on Sundays, from 12 pm to 8 pm until October 12

Luva Nahid Choudhury, one of the trustees of Bengal Foundation, representatives of executive partners of the festival Aarong, Aranya, Kumudini and Tangail Sharee Kutir were also present.