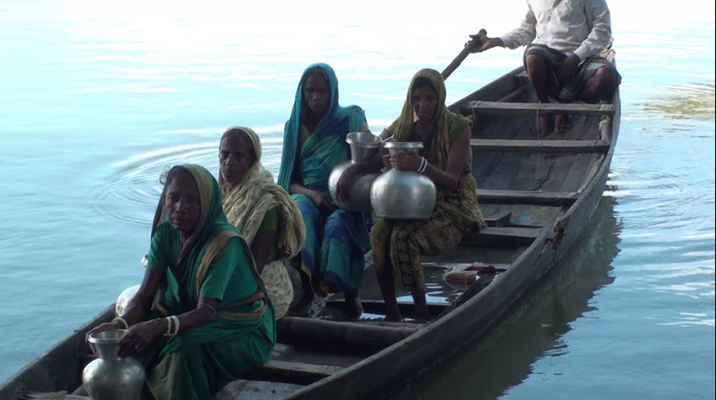 Back-to-back floods in Sunamganj contaminated hundreds of tube-wells in the low-lying areas, triggering a massive drinking water shortage and causing water-borne diseases. The situation is forcing people to travel miles to collect pure water. Locals are accusing the administration of doing nothing to address their sufferings.
According to the local Department of Public Health Engineering, 13,000 tube-wells in the district have been damaged due to the recent flood. Of these, 3,000 are government-owned tube-wells while the rest are privately owned.
People in Sadar, Jamalganj, Tahirpur, Bishambharpur, Dharmapasha, Dirai and Shalla Upazilas have been facing a severe shortage of pure drinking water, it said.
In Fatehpur, Khalachanpur in Bishambharpur Upazila, Gourarang, Ahmedabad, Niamatpur, Manmaterchar in Sadar Upazila, people mostly women are struggling to collect drinking water from faraway places.
Some chose boats to fetch water while some go on foot.
In many places, women stand in long queues to take water while some others were manhandled by others while fetching water.
“We’re working to restore the tube-wells,” said Abul Kashem, executive engineer of the Department of Public Health Engineering. “The problem of pure-drinking water will be solved once the work is complete,” reports UNB from Sunamganj.