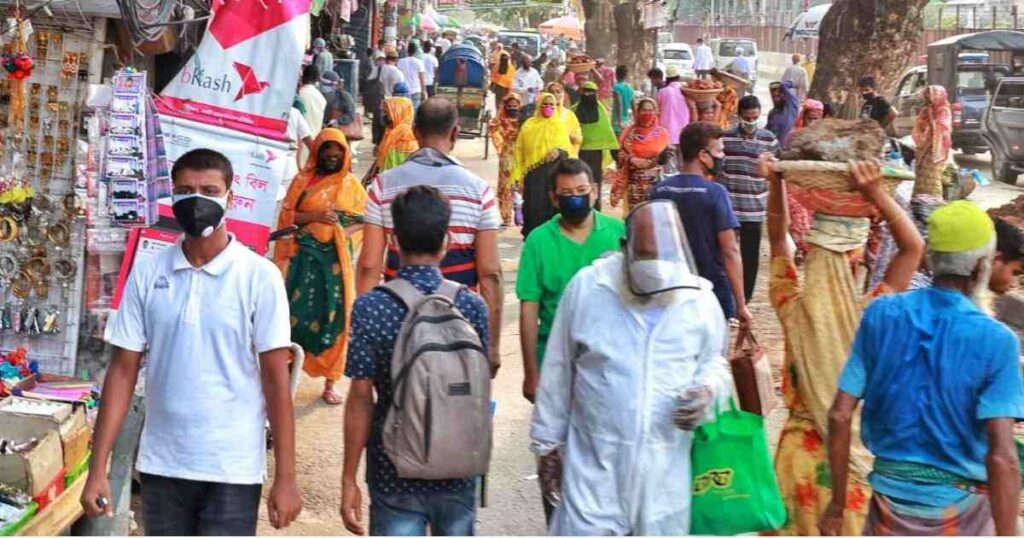 Awami League general secretary Obaidul Quader on Monday urged people of those areas which have been put under lockdown to follow the government’s directives strictly and face the situation with patience.“Considering high risk of coronavirus transmission, the government has declared general holidays in some areas of some districts and city corporations and people of those areas should follow the government directives,” said Quader at a regular briefing at his official residence.
Obaidul Quader said the visiting Chinese expert team has appreciated the role of doctors and health workers of Bangladesh despite having various limitations of the government.
He urged all to follow the hygiene rules and said negligence of one second, laziness in hand washing for just 20 seconds can create dangerous health risks.
In response to the BNP secretary general’s allegation that they were obstructed in the relief work, Quader asked them to mention who are obstructing them and provide evidence.
Action will be taken if the allegation is proved true, he said adding that obstruction in humanitarian work is not the policy of Awami League.
The minister also said that the government has taken initiatives to expand emergency services including installing ICU and providing necessary equipment in district level hospitals.
Along with the government, private initiatives can do a lot during this crisis, he said.
The government is trying to increase corona testing capacity and treatment facilities despite various limitations, said Quader.
Samples are being tested already in more than 60 labs and it will be also increased if needed, he said.
Besides, special initiatives have been taken to procure medical equipment, safety equipment and other necessary equipment, said Obaidul Quader.
He urged everyone to get tested if there is any symptoms of virus infection instead of hiding it, reports UNB.