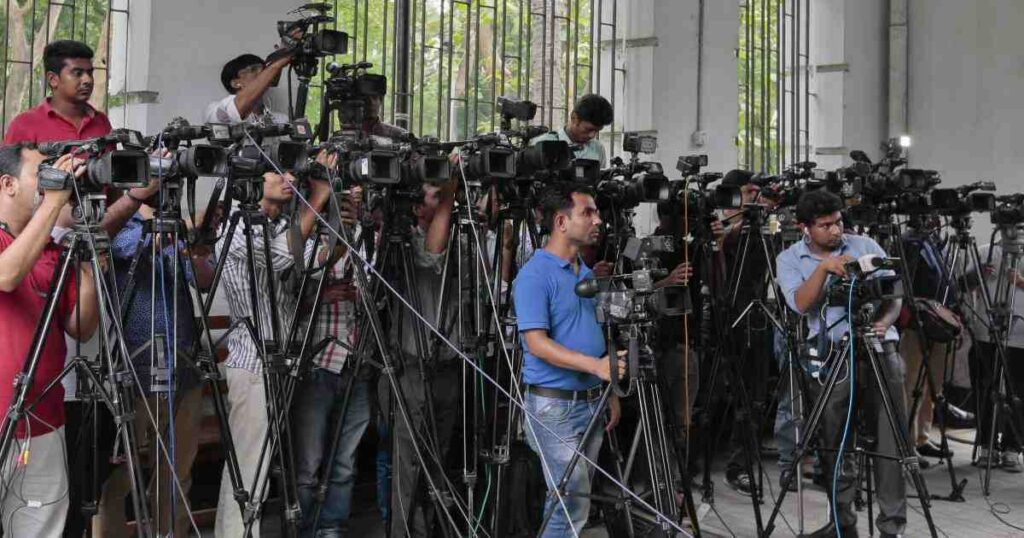 Chattogram, Apr 27 – A gang of four fake journalists including two women was arrested while they were extorting money from several businessmen in Chattogram by pretending to be media personnel. The arrestees are Joynal Abedin Joy, 40, hailing from Mymensingh, Yasin Sarkar Prokash Hridoy, 26, from Gazipur, Parvin Aktar Lima, 32, from Jamalpur and Bilkis Aktar Rubi, 25, from Gazipur district.
While the gang, riding in a car along with a fake microphone and video camera, went to Shantirhat area of Fatikchari to extort money from several businessmen, locals apprehended them and handed them over to police.
Quoting the arrestees, police and locals said the gang came to Chattogram from Gazipur to extort money from businessmen involved in irregularities.
On their way from Gazipur, they extorted money from different brick kilns and timber-laden trucks in Cumilla, Feni and Mirsarai by threatening them to publish news of their irregularities.
Abul Hashem, the president of Shantirhat Bazar Management Committee, said the gang entered a bakery in the area and asked the owner to produce necessary papers or they would publish a report on a TV channel.
When the bakery owner went to borrow money from other businessmen in the area, they realized the real scenario, and apprehend the gang members along with their car, said Ataul Haque, in charge of Dantmara village police.
A case will be filed in this connection, said the police. – UNB