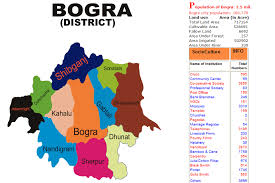 Bogura, Apr 16 : At least four people, including three members of a family were burnt as a gas cylinder exploded at a house in Bogra’s Sherpur on Friday.The incident occurred at around 10:15 am at Anwar Hossain’s house in Mahipur Colony village of Garidaha union of Sherpur injuring Anwar Hossain (55), his wife Helena Begum (48), son Nuruzzaman (31) and wife of neighbour Motahar Hossain, Amena Khatun (48).
Upon information, members of the Fire Service rushed to the spot, rescued the injured and took them to the Upazila Health Complex.
As conditions deteriorated, they were immediately admitted to the burn unit of Shaheed Ziaur Rahman Medical College (Shajimek) Hospital.
Ratan Hossain, station officer of Sherpur Fire Service and Civil Defense, said Anwar Hossain of Mahipur village was trying to connect the newly bought gas cylinder to the stove when there was a sudden explosion of the gas cylinder burning the kitchen.
The burnt Anwar Hossain said the explosion occurred as soon as the gas cylinder was connected to the stove.
Within moments the whole kitchen caught fire, he added
Sherpur Hospital emergency department doctor in charge, Mamunur Rashid, said the injured were sent to Bogra Shajimek Hospital with first aid.
The doctor further said 35 percent of their bodies were burnt, reports UNB.