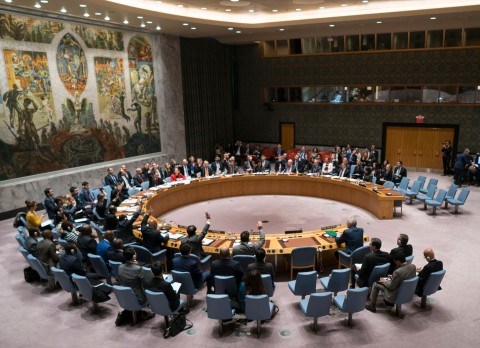 By Thalif Deen
UNITED NATIONS, Apr 15 (IPS) – A new Cold War – this time, between the US and China —is threatening to paralyze the UN’s most powerful body, even as military conflicts and civil wars are sweeping across the world, mostly in Africa, the Middle East and Latin America. The growing criticism against the Security Council is directed largely at its collective failures to resolve ongoing conflicts and political crises in several hot spots, including Syria, Yemen, Afghanistan, Iraq, Myanmar, Somalia, South Sudan, Ukraine and Libya — and its longstanding failure over Palestine.
The sharp divisions between China and Russia, on one side, and the Western powers on the other, are expected to continue, triggering the question: Has the Security Council outlived its usefulness or has it lost its political credibility?
The five big powers are increasingly throwing their protective arms around their allies, despite growing charges of war crimes, genocide and human rights violations against these countries.
Last week, Yasmine Ahmed, UK Director at Human Rights Watch, called on Britain “to step up as penholder on Myanmar and start negotiating a Security Council draft resolution on an arms embargo and targeted sanctions against the military”.

Over 580 people, including children, have been killed since the February 1 coup: “it is time for the Security Council to do more than issue statements and begin working towards substantive action,“ she warned.
But in most of these conflicts, including Myanmar, arms embargoes are very unlikely because the major arms suppliers to the warring parties are the five permanent members of the Security Council, namely the US, UK, France, Russia and China.