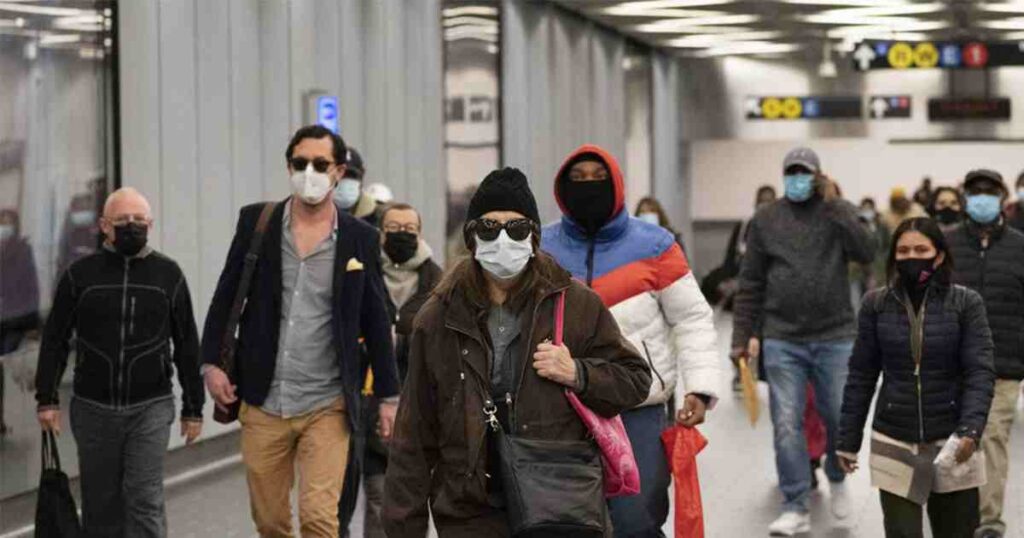 Washington, AP/UNB, Dec 07 – The number of global coronavirus cases has crossed the 67 million, according to Johns Hopkins University (JHU).
According to the data compiled by JHU, the total caseload globally reached 67,009,962 while the death toll climbed to 1,535,107 as of Monday morning.

The US is the worst-hit country with the world’s highest number of cases and deaths with 14,750,316 and 282,236, respectively, according to the JHU.
Daily infections in the country set a new record high of nearly 228,000 cases on Friday, according to AP.
New cases per day have rocketed to an all-time high of more than 190,000 on average.
Deaths per day have surged to an average of more than 2,160, a level last seen during the dark days in April when the outbreak was centred around New York. The number of Americans in the hospital with the coronavirus topped 100,000 for the first time over the past few days.
India comes in second place in terms of cases at 9,644,222, while the country’s death toll soared to 140,182.
In Brazil, the country’s total caseload reached at 6,603,540 while some 176,941 people have died so far.
Countries with more than a million confirmed cases are Russia with 2,439,163, France with 2,345,648, UK with 1,727,151, Italy with 1,728,178 and Spain with 1,684,647, the JHU data showed.
Bangladesh Covid-19 situation
Bangladesh reported 1,666 new Covid-19 cases in the past 24 hours until early Sunday, pushing the country’s infection tally to 477,545.
The health authority also recorded 31 more deaths from the disease during that time, bringing the fatalities to 6,838.
The mortality rate, however, is still 1.43%, said the Directorate General of Health Services.
Bangladesh is now the 26th worst-hit country in the world, according to Johns Hopkins University data.
Bangladesh reported its first cases on March 8. The infection number reached the 300,000-mark on August 26. The first death was reported on March 18, and the death toll exceeded 6,000 on November 4.
Covid-19 Vaccine
Pfizer and BioNTech last week said they won permission for emergency use of their vaccine in Britain, the world’s first Covid-19 shot backed by rigorous science.
The US and the European Union are also vetting the Pfizer shot along with a similar vaccine made by competitor Moderna Inc.
But, for Bangladesh, benefitting from the two vaccines is a big challenge due to its existing cold chain system.
Last week, the Cabinet Committee on Economic Affairs approved in principle a proposal of the Health Services Division to procure the Covid-19 vaccine directly from any organization through negotiations without following any bidding process.
The government said it would initially provide 30 million free doses of vaccine, selecting the recipients following the World Health Organization protocol.
It plans to procure the doses of the Oxford-AstraZeneca vaccine from the Serum Institute of India.