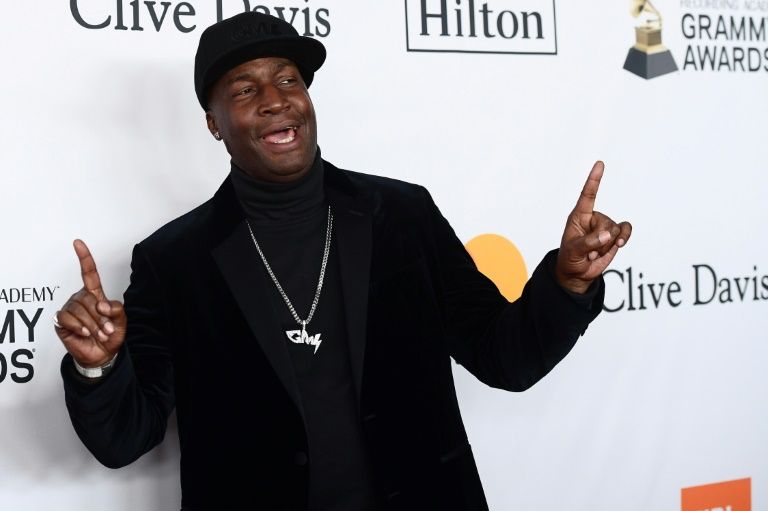 Grandmaster Flash, one of the pioneers of hip hop and DJ music, on Wednesday shared Sweden’s Polar Music Prize with German violinist Anne-Sophie Mutter and US charity Playing for Change Foundation.
The winners will each receive one million Swedish kronor (95,700 euros, $108,000) at a gala in Stockholm on June 11 in the presence of King Carl XVI Gustaf.
Grandmaster Flash, whose real name is Joseph Saddler, is best known forhis 1982 hit “The Message” about inner city violence, drugs, and poverty, and for developing DJ techniques such as scratching, backspinning and punch phrasing.
The 60-year-old is the first hip hop artist to win the award.
“Grandmaster Flash is a scientist and a virtuoso who has demonstrated that turntables and mixing consoles can be musical instruments,” the jury said.
“His adventures at the turntables – ‘the Adventures of the Wheels of Steel’ – changed the course of popular music.”
Grandmaster Flash, who with his Furious Five group were the first hip hop act inducted into the Rock and Roll Hall of Fame in 2007, said in a statement .
that winning the Polar Music Prize was “such an honour, because a lot of times in our culture, what we do as DJs gets overlooked”.
The Playing for Change Foundation was honoured for providing music and arts education to underprivileged children around the world.
The jury hailed the global project with 15 music schools and programmes around the world for having “impacted the lives of over 15,000 children and their surrounding communities.”
“The Playing For Change Foundation shows how music can be used to inspire, build bridges between people, create positive change, and conditions for peace.”
The jury also honoured four-time Grammy Award winning violinist Anne-Sophie Mutter.
“For more than 40 years the German violinist has thrilled audiences around the world with her virtuosity and astonishing clarity,” it said.
“With her Stradivarius under her chin, Anne-Sophie Mutter is not just one passionate and risk-taking musician — she is also a storyteller.” She also runs two charities helping young musicians.
The Polar Music Prize was established in 1989 by the late Stig Anderson, best known as the manager of Swedish pop superstars ABBA, and selects two or three laureates each year.
The prize’s stated goal is to “break down musical boundaries by bringingtogether people from all the different worlds of music”.
Past laureates have included Metallica, the Afghan National Institute of Music, Sting, Bob Dylan, Bjork, Sonny Rollins and Ravi Shankar and Dizzy Gillespie., reports AFP, STOCKHOLM.