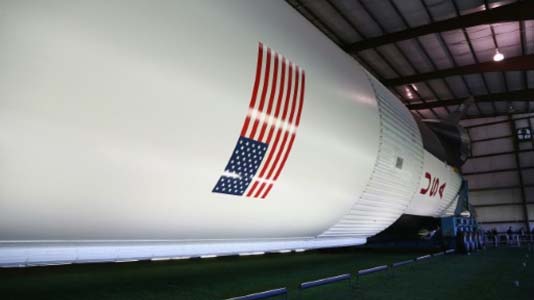 The Apollo 11 mission to the Moon and back 50 years ago went down in history as mankind’s giant leap, changing the way we saw our place in the universe.
But the program was also the catalyst for profound scientific and engineering breakthroughs that reverberate to this day.
It required overcoming myriad technical challenges, a task made possible only by Congress’ decision to hand a blank check to NASA to beat the Soviet Union in the space race.
Overall, the US spent about $150 billion in today’s money on its first three astronaut programs.
“Apollo provided a laboratory for people to really get down into the solving the huge engineering problems facing us,” Brian Odom, a historian at NASA Marshall Space Flight Center, told AFP.
The Saturn V rocket spearheaded by a team of ex-Nazi scientists remains the most powerful that has ever been built and provided a blueprint that subsequent missions have all followed.
Here is a list of some achievements closer to Earth.
• Computing revolution –
Up until the 1960s, computers were giant machines comprised of thousands of power-thirsty vacuum tubes.
That all changed with the advent of so-called “solid state computing” and transistors which made it possible to miniaturize the technology to fit it onto a spacecraft.
“You needed great thrust from the rockets but you also needed to reduce the mass and increase the power on board for computing,” G Scott Hubbard, a former director of NASA’s Ames Research Center told AFP.
The transition was greatly accelerated by Apollo, a catalyst for the emergence of Silicon Valley.
• Water Purification –
NASA needed to develop a small, lightweight water purifier requiring minimal power and supervision. They built a nine-ounce (255 mg) device that fit into the palm of the hand and worked by releasing silver ions into the water, without the need for chlorine.
The technology has since been implemented far and wide to kill microbes in community water supply systems.
• Freeze-dried foods –
Another problem posed by space was how to preserve food without power-hungry refrigeration.
Their research led them to freeze-drying: the process of extracting water from freshly-cooked foods by dehydrating them at very low temperatures, then locking in the flavor in packaging that keeps out moisture and oxygen.
• Medical breakthroughs –
A NASA-developed chemical process to remove toxic waste for long space missions and another to desalinate salt water led to a process known as “sorbent” dialysis, which eliminated the need for a continuous water supply and gave patients greater freedom. Digital image processing first used to analyze the lunar surface was meanwhile transferred to CAT scans and MRIs.
• Moon boots to sneakers –
Moon boot material developed by NASA has also been transferred to athletic footwear to improve shock absorption and endurance under stress.
According to a 1991 edition of NASA’s Spinoff magazine, Al Gross, a NASA Apollo Program engineer improved athletic shoes’ mid-sole to eliminate cushioning loss caused by body weight.
• Mylar blankets –
Today’s Mylar blankets, deployed in emergency relief environments, were first used to protect astronauts and their spacecraft’s instruments. The metallic material is also used to insulate vehicles and homes.
• Cordless power tools –
The astronauts of Apollo needed a portable drill to extract core samples from 10 feet below the lunar surface. Black & Decker developed an algorithm to optimize the drill’s motor and reduce power consumption, and the technology was later applied to the cordless vacuum cleaner.
• Space suit spinoffs –
Space is an unforgiving environment with extreme temperatures ranging from the near-absolute zero of deep space to the burning hot of atmospheric re-entry, not to mention dangerous levels of radiation.
Synthesized Polybenzimidazole (PBI) developed for military and NASA use in the 1950s and 1960s made its way to civilian firefighters’ suits by the late 1970s.
Heating and cooling technology developed for Apollo are now used to treat a variety of medical conditions while the hazard-blocking technology is used to protect people on Earth from chemical spills.
Odom said it was a good example of developments that would not have come out of the private sector alone because of the enormous research costs. “No one company can really do that,” he said.
“But that was something that just Apollo does. And the space program continues to do that.”
• Return on investment? –
In terms of impact on the wider US economy, estimates place the return on investment at at least two to one, if not higher, once the hundreds of thousands of people employed in blue- and white-collar positions across the country are factored in with the emergence of new fields and NASA tourism.
But it would be a mistake to think of it merely in those terms, said Casey Dreier, chief advocate of The Planetary Society.
“It was fundamentally a statement of technological and organizational capability, a signaling factor for the United States, not just to the Soviet Union, but to the countries that were recently de-colonized after the collapse of European powers” and were chosing between capitalism and communism, reports AFP, Washington.