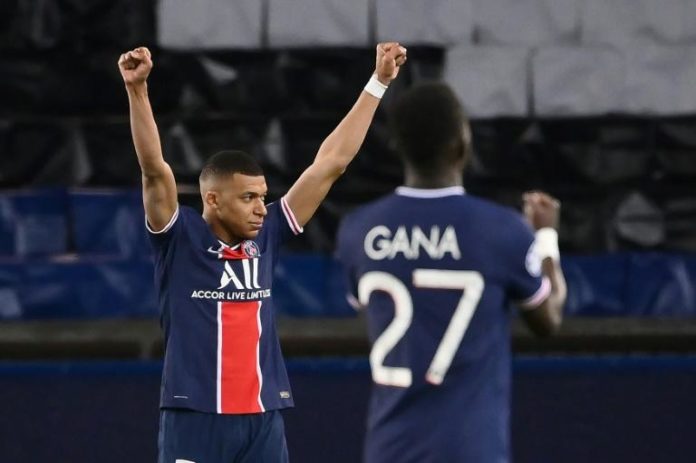 DOHA – The Champions League semi-final between Paris Saint-Germain and Manchester City on Wednesday is as much a clash of footballing titans as a proxy battle between competing Gulf nations and visions for European football’s future.

It is the first encounter between Qatar-owned PSG and Emirati-backed Man City since the United Arab Emirates and a coalition of Saudi-led countries lifted their boycott of Doha, in place for three years.

The UAE along with Saudi, Egypt and Bahrain broke off ties with Qatar in June 2017 over claims it was too close to Iran and backed radical Islamist groups, which Qatar has always denied.

“Whilst the tie’s geopolitical temperature is less than it would have been if the boycott was still ongoing, there’s still a lot at stake,” said Simon Chadwick, professor of Eurasian Sport at EM Lyon University.

Under Gulf ownership the two teams have been propelled into Europe’s elite, uncharted territory for both sides, with both nations accused by critics of seeking to “sport wash” their human rights records and attain respectability.

“Financially, both countries have invested a huge amount of money into their clubs hence reaching the Champions League final will be seen as an important return on investment,” Chadwick added.

“At the same time, there are considerable reputational and image benefits that will be associated with winning. And of course, Gulf bragging rights are at stake.

“The animosities may have somewhat dissipated, the battle to be the Gulf’s leading football nation remains.”

While the visible effects of the boycott that included airspace and border closures and Qatari citizens unable to travel to rival nations have eased, ties remain chilly between Doha and Abu Dhabi.

A source briefed on the reconciliation process between Qatar and its erstwhile rivals told AFP that progress was being made in healing ties between Doha on one side and Saudi and Egypt on the other.

However little progress had been made in talks between Qatar and the UAE since the end of open hostilities, the source said.

The UAE and Qatar are still rivals on a spectrum of issues including Libyan politics, relations with Israel and approaches to the Muslim Brotherhood.

Regional expert Mustafa Qadri said that if Qatar and the UAE “can’t go to war, they can at least engage in some hefty rhetoric and sabre rattling via the football pitch”.

The fixture will also serve as a proxy tussle between the clubs that backed a breakaway European Super League (ESL), including Manchester City, and those that didn’t, namely PSG.

He was last week appointed the new head of the European Club Association (ECA) replacing Andrea Agnelli, one of the key figures in the doomed Super League project.

Khelaifi, who also heads up sports broadcaster beIN, has made no secret of his desire for PSG to win the Champions League, having been pipped by Bayern Munich last year.

Khelaifi said he wanted “to reinforce (the) ECA in its role as the legitimate and singular voice of Europe’s clubs”.

Qadri said the row over the doomed rebel league could now spill into players’ public appearances around Wednesday’s clash, dubbed “El Cashico”, the “Oil and Gasico” and even the “Abu Derby” by social media wags.

“Don’t be surprised if one or two footballers from either side comes out with a below the belt sledge in the press conferences, particularly after the game,” he said.

Chadwick added that Qatar had always “chosen a more consensual approach (to UEFA) whereas Abu Dhabi’s relationship with the governing body has been more confrontational”.

“In theory, UEFA shouldn’t necessarily be favouring one nation or one club ahead of another,” he said.

“However, one does get the sense that the ascent of Qatar’s influence inside UEFA has been given impetus by the failed Super League proposal.”BSS/AFP