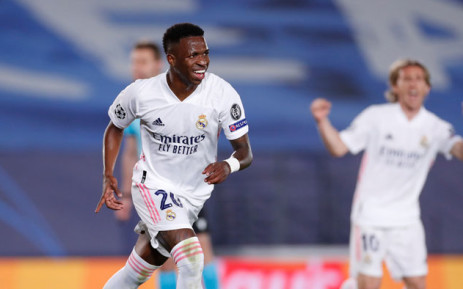 LONDON – The cloud of a collapsed Super League project hangs over this week’s Champions League semi-finals with three of the four clubs involved — Real Madrid, Manchester City and Chelsea — among the breakaway 12 that shook European football.

Paris Saint-Germain did not sign up to the proposals, which crumbled within 48 hours of being announced last week due to a fierce backlash from fans, players, governments, national leagues, UEFA and FIFA.

However, the clash between PSG and City on Wednesday is illustrative of the forces which drove some of European football’s more established powers, led by Madrid president Florentino Perez, to seek the financial reassurances of a closed league format.

Under the proposals, 15 founding members would be guaranteed their place in a 20-team competition, split into two leagues of 10 with the top sides in each progressing to the quarter-finals.

On top of ensuring revenue from TV rights and sponsorship of more games between the European elite, a key part of the breakaway plan concocted by the ‘dirty dozen’ was to control costs.

A much-criticised statement to launch the league last Sunday said: “The competition will be built on a sustainable financial foundation with all founding clubs signing up to a spending framework.”

Backed by the state wealth of Abu Dhabi and Qatar respectively, City and PSG have played leading roles in the inflated costs of player transfers and wages in recent years and been far less affected by the economic crunch of the coronavirus pandemic over the last 12 months.

City’s spending power has blown away the competition even in the lucrative Premier League.

Pep Guardiola’s men are closing in on a third league title in four years and on Sunday won a fourth consecutive League Cup.

PSG’s 222 million euro ($269 million) capture of Neymar from Barcelona in 2017 more than doubled the world record transfer fee and sent the entire market into hyper-inflation.

Barca’s reaction to losing the Brazilian was to spend over 100 million euros on each of Ousmane Dembele, Philippe Coutinho and Antoine Griezmann, while tying down Lionel Messi to a contract worth a reported 555 million euros over four years. As a result, the Catalan giants have become saddled with a one billion euro debt.

Despite their rivalry, Barca and Madrid remain united as the two major forces yet to withdraw from the ESL project.

The Spanish giants have been frustrated by UEFA’s policing of Financial Fair Play (FFP) rules, designed to limit spending to what clubs earn.

Both City and PSG have defeated European football’s governing body at the Court of Arbitration for Sport in high-profile test cases for FFP.

The Blues spent £220 million ($305 million) on new players last summer as most of Europe’s top clubs were cutting costs.

Abramovich’s gamble has been rewarded with a first Champions League semi-final in seven years.

Despite their riches and domestic success neither City or PSG have yet won the ultimate prize of the Champions League.

Indeed of the 14 European Cups won by the last four, Madrid account for 13 of them.

But Perez’s increasingly desperate cries for change show his fear that a changing of the guard is just a matter of time.BSS/AFP