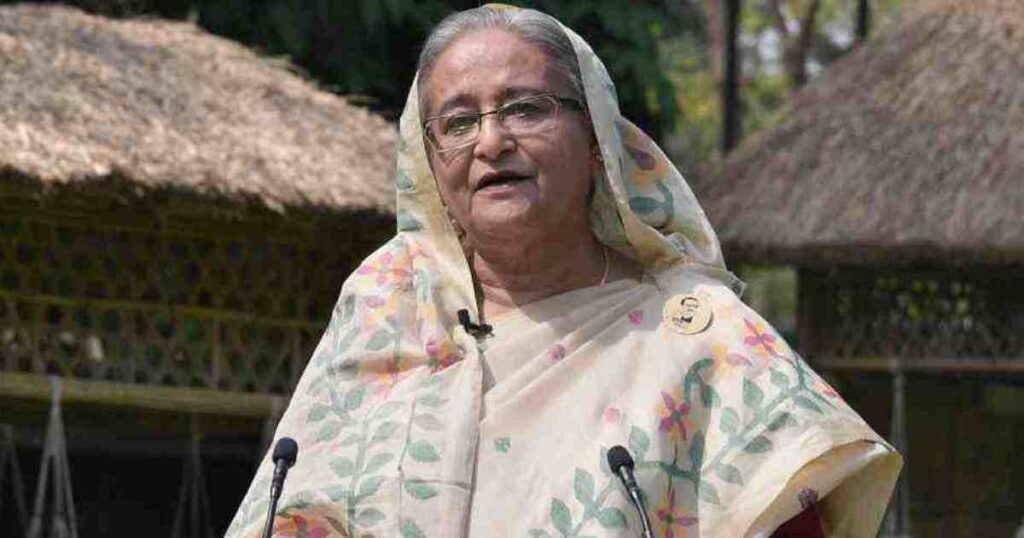 Describing Sheikh Kamal as a versatile person, Prime Minister Sheikh Hasina on Wednesday said he could have contributed a lot to society had he been alive today.“This multifaceted talent in one person is really rare…had Kamal been alive now, he could give many things to this society. He could have contributed (more) to all sectors of the country through the development of his talents. He had contributed, too,” she said.
The Prime Minister said this while addressing a virtual discussion arranged marking the 71st birth anniversary of Shaheed Sheikh Kamal, the eldest son of Father of the Nation Bangabandhu Sheikh Mujibur Rahman.
Sheikh Hasina joined the discussion from her official residence Ganobhaban. It was telecast live from Jatiya Kriya Parishad Bhaban.
The Ministry of Youth and Sports arranged the discussion-cum-Doa Mahfil on the 71st birth anniversary of Sheikh Kamal, the pioneer of modern sports in Bangladesh.
Hasina said Kamal was two years junior to her but he was mature in the case of knowledge, wisdom and many other things. “His talents were multifaceted. He was a sports organiser on one hand and had multifaceted potentials in the cultural arena on the other.”
Sheikh Kamal created a music brand titled ‘Spondon Shilpa Gosthi’ and had contribution towards founding Dhaka Theatre. “He used to act, sing songs and play Sitara,” Hasina said.
Kamal had great passion for Abahani and made it stronger, she said recalling when she and her younger sister Sheikh Rehana were set to go to Germany on June 30, 1975 after Kamal’s marriage, Kamal asked her to bring Adidas boots for the players of his football team.
Hasina, in her emotion-choked voice, said her brother Kamal never sought anything for him.
Talking about his contribution to politics, the Prime Minister said his simultaneous role in politics was also enormous.
She said Kamal, a valiant freedom fighter, had played active and bold role in every movement and struggle after the Six-Point Programme, particularly movements and the 1969 Mass Upsurge after the arrest of the Father of the Nation in the “Agartola conspiracy” case.
Hasina said he had actively participated in the Liberation War after having proper training.
She said the strange matter is that the birthdays of Kamal and her mother Sheikh Fazilatunnesa Mujib are respectively the 5th and 8th August, the month she lost most of her family members.
PM’s Private Industry and Investment Adviser Salman F Rahman and State Minister for Cultural Affairs KM Khalid spoke at the function presided over by State Minister for Youth and Sports Md Zahid Ahsan Russel.
At the function, Sheikh Kamal’s friends recalled their memories with Kamal and focused on his works and life.
Hasina said Kamal also used to help their mother in the family and played a very responsible role since his childhood.
Mentioning that her brothers Kamal and Jamal were commissioned officers of Bangladesh Army, she said they along with other family members were killed brutally by those with whom he worked.
At the function, the Prime Minister unveiled the cover of a book written on Shaheed Sheikh Kamal. – UNB