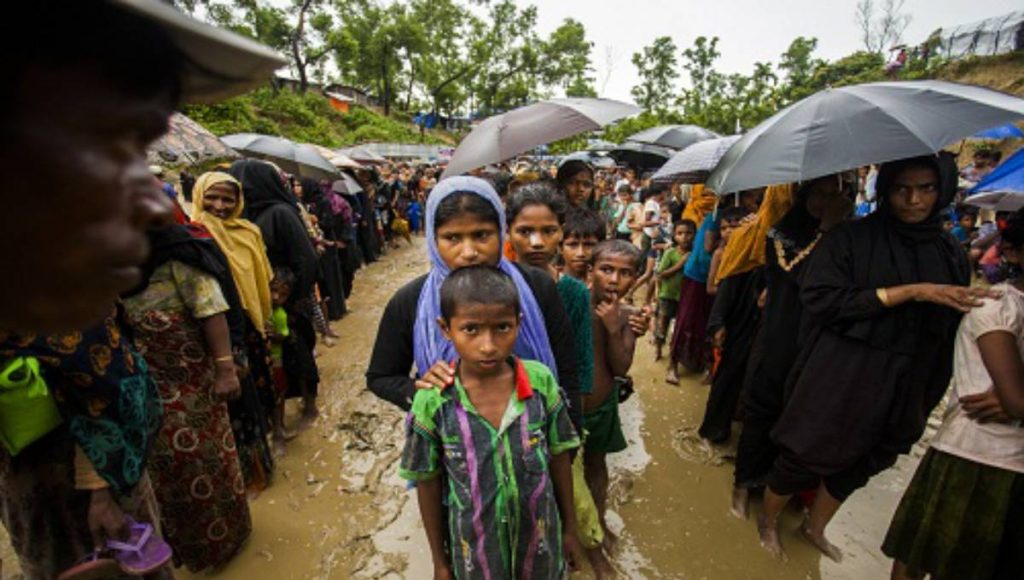 “We remain on high alert, ready to deploy additional emergency response teams to support our network of refugee volunteers and partners as needed,” said UNHCR spokesperson Charlie Yaxley at a press briefing in Geneva.

To date, the 2019 Joint Response Plan (JRP) for the Rohingya humanitarian crisis in Bangladesh has received only a third (US$301 million) of the US$920 million that is needed, according to UNHCR.

Bangladesh is now hosting over 1.2 million Rohingyas and most of them entered the country since August 25, 2017 amid military crackdown against them in Rakhine State of Myanmar.

Yaxley said an estimated 350mm of rain fell in 72 hours from Monday and more heavy downpours are expected throughout next week, with four months of the monsoon season to go.

According to preliminary reports, there have been 26 landslides.

Refugee volunteers trained by UNHCR and partners worked throughout the night on Wednesday in heavy rain to help families in urgent need, said the UN Refugee Agency spokesperson.

“In some cases, this involved rescuing refugees from shelters destroyed by landslides. We’ve temporarily relocated 2,137 people, either because their shelters suffered substantial damage or as a precaution,” Yaxley said.

The spokesperson said their network of Emergency Response Teams has been mobilised to identify the needs of the most vulnerable and prioritise them for assistance. “As an immediate response, pre-positioned emergency supplies are being distributed to help rebuild, repair and strengthen damaged shelters.”

In support of the humanitarian response led by the Bangladeshi authorities, UNHCR and partners, including WFP and IOM, made preparedness for the monsoon season a priority, including building retaining structures on hillsides, installing drainage, and building roads and bridges, Yaxley said.

Reservoirs have been also constructed to hold monsoon rains and stabilise water supplies, said the spokesperson.