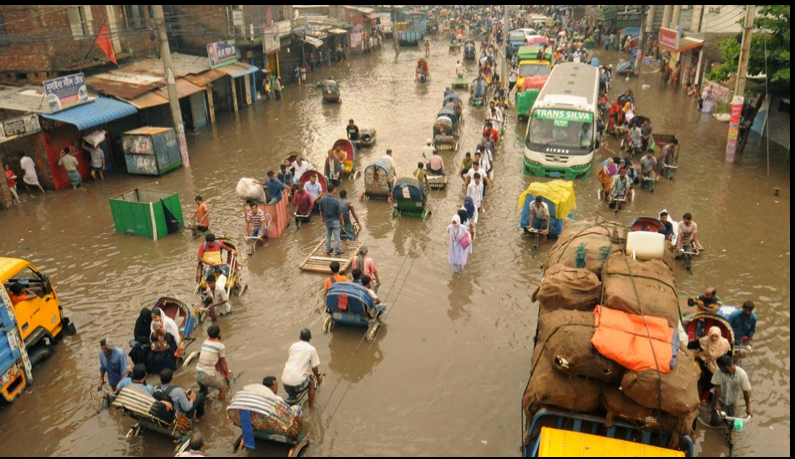 Dhaka, June 1 : Residents of Dhaka woke up to waterlogged streets on Tuesday morning after pre-monsoon showers lashed the city.Just three hours of rainfall — from 6am to 9am — was enough to shatter the tall claims of monsoon preparedness made by the city’s municipal corporations, as several areas faced waterlogging problems.
Rampura, Badda and Mirpur were some of the worst-hit areas in the city. Post-showers, many people were seen wading through ankle-deep water in these areas to reach their destination.
According to the Bangladesh Meteorological Department, the city received 85 millimetres of rainfall on Tuesday.
Mohammad Aftab Uddin, a meteorologist, said, “The capital is likely to receive light to moderate showers on Wednesday too.”
According to regular forecast, light to moderate showers, accompanied by temporary gusty or squally winds, are likely to hit Dhaka, Mymensingh, Khulna, Barishal, Chattogram and Sylhet divisions.
A few places in Rangpur and Rajshahi divisions may also receive moderate to heavy showers, as per the forecast. Day and night temperatures are likely to remain the same across the country.