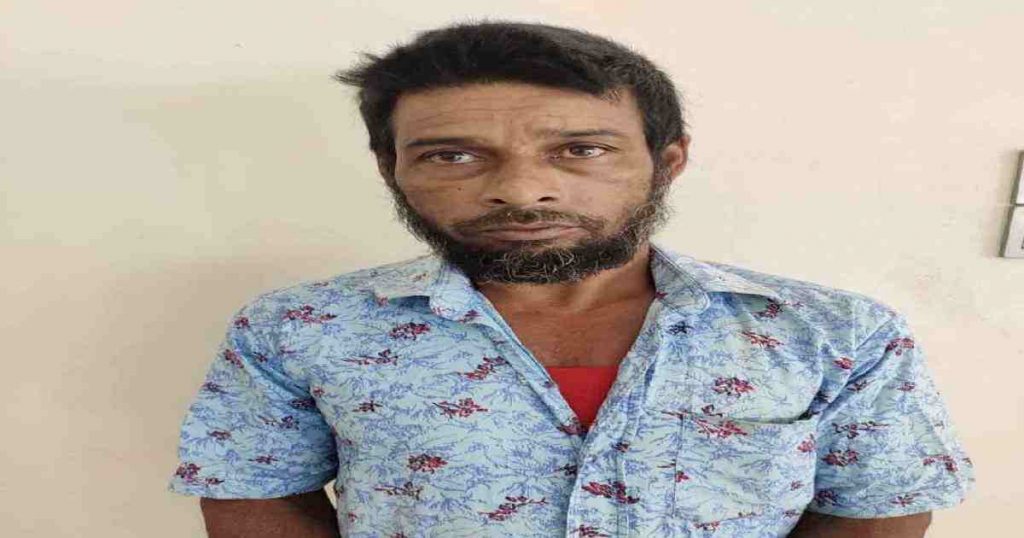 Bagerhat, June 1 :  Notorious poacher Habib Talukdar alias ‘Tiger Habib’, who was on the run for nearly two decades, has been arrested by Bangladesh police.Acting on a tip-off that Habib was back in his native Sonatala village of Bagerhat’s Sarankhola upazila after being on the run for years, a police team raided the area on May 29 and arrested him.
“He came back to his village on May 28. A day later, he was nabbed from the house of his neighbour Rafiqul,” Md Saidur Rahman, officer-in-charge of Sharankhola Police Station, told UNB.
Habib (50), son of Kadam Ali Talukdar, was wanted in multiple cases of forest crime. He is believed to have killed about 70 tigers in the past 20 years. Arrest warrants were issued against him in three different cases.
According to police, Habib operated in the Sunderbans and also used to illegally hunt deer and crocodile.
Habib’s father Kadam Ali was a forest dacoit, who died some five-six years ago. So, he knew the Sunderbans forest like the palm of his hand. His son Hasan, 20, and son-in-law Mizan, 25, are also involved in criminal activities.
Habib was wanted in at least eight criminal cases. Of these, three cases were filed for poaching tigers while the remaining five for poaching deer. Arrest warrants were issued against Habib in three of these cases.
On January 19, police arrested a poacher, identified as Gaus Fakir, from Rajoir Bus Stand in Sarankhola upazila and found a tiger skin in his possession. He reportedly told investigators that the tiger was hunted by Habib.
On January 23, Members of the Rapid Action Battalion (RAB) arrested two poachers and seized 19 deer skins. Habib was involved in the crime, police said.
Habib used to place traps with fresh meat laced with poison in different parts of the Sundarbans for hunting tiger, deer and crocodile. He made money by selling the skin and body parts of the dead animals.
According to forest officials, Habib was banned from entering the Sundarbans years back but he used to intrude into the forests for poaching. He had the backing of several powerful syndicates, said forest officials.
Mohammad Khalil Jamaddar, leader of Community Patrolling Group, Bhola patrol team, tasked with protecting the Sundarbans, said, “Habib is fond of hunting tiger and deer. Habib’s son and son-in-law worked with him as associates.”
Mohammad Wadud Akon, vice-president of Sundarbans Co-Management Committee (CMC), Sharankhola, said, “Crime is Habib’s family business.”
Sharankhola Station Officer Mohammad Abdul Mannan hailed Habib’s arrest as a prized catch.
Mohammad Joynal Abedin, Assistant Conservator of Forests of the Sharankhola Range, said, “Habib is a listed criminal,” reports UNB.