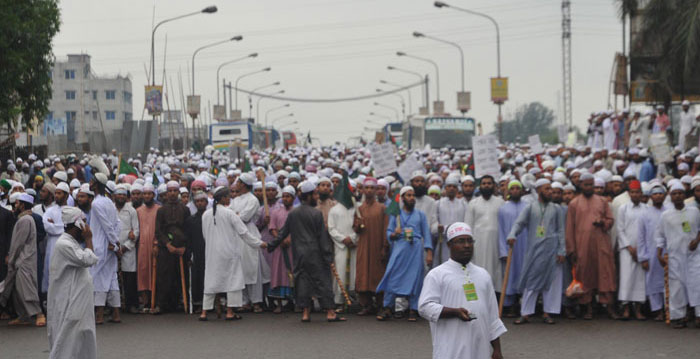 DHAKA: Hefajat-e-Islam has blockaded Dhaka from the early hours of Sunday to press home their 13-point demand including trial of atheist bloggers.Vowing to make it a complete success, Hefajat supporters have taken position at all the entry points to Dhaka after Fajr prayers.
They have blocked the roads at points like Babu Bazar, Demra, Jatrabari, Kanchpur, Shanirakhra, Mirpur, Badda-Rampura, Amin Bazar, Tongi, different points at Gazipur, Abdullahpur and Arichaghat.
They have also threatened to announce tougher programmes if they are being obstructed Sunday.