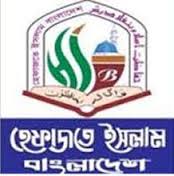 Chattogram, Apr 26 : Hefazat-e-Islam has formed a five-member convening committee within two hours of the dissolution of its central committee.The committee was formed early Monday after the embattled Hefazat-e-Islam chief Junayed Babunagari announced to dissolve its central committee which was formed four months ago following the death of long-time leader Allema Ahmed Shafi.
Chief advisor of the convening committee is Allama Muhibullah Babunagri, Amir Junayed Babunagari and its secretary general Allama Nurul Islam. Two other members of the new committees are—Salauddin Nanupuri and Prof Mizanur Rahman Chowdhury.
Enamul Hasan Faruki, personal assistant to the former amir, confirmed the matter.
The convening committee will soon announce its full committee, he added.
Earlier on Sunday night, Hefazat-e-Islam chief Junayed Babunagari announced the dissolution of the organisation’s central committee.
Speaking in a video message from Chattogram’s Hathazari Madrasa, Hefazat’s spiritual headquarters, Babunagari said, “Considering the overall situation of the country, the central committee has been dissolved following the advice of some of its key members.”
The video was posted on Babunagari’s (unverified) Facebook page around 11pm. It quickly spread through various pages affiliated with the conservative Islamic movement, and has met with no objection.
The short video message lasted less than 90 seconds, and Babunagari, who rose to the post following the death of long-time leader Allema Ahmed Shafi last September, could be heard being prompted by someone off camera throughout.
Nineteen top Hefazat leaders have been arrested so far over the protests and violence orchestrated by the organisation’s supporters and activists across the country against Indian Prime Minister Narendra Modi’s Bangladesh visit.
At least 77 cases have been filed against Hefazat leaders and activists from across the country over clashes and vandalism. More than 69,000 people have been accused of the incidents.
Babungari has announced the dissolution of the Qawmi madrasa-based organisation’s central committee when its leaders, activists and supporters are being arrested in different places of the country including Dhaka every day.
Earlier in the day, the government-recognised board Al-Hayatul Ulaya Lil-Jami’atil Qawmia said students and teachers of Qawmi madrasas will remain out of political activities.
The board under which students sit for Dawra-e-Hadith – Qawmi madrasas’ highest level of the exam – made the decision at a meeting in the capital’s Jatrabari.
On April 19, Babungari asked for the unconditional release of all “Ulema-Mashaikh” and Hefazat leaders, including the party’s Joint Secretary General Mamunul Haque and Organising Secretary Azizul Haque Islamabadi in another video message.
The Hefazat chief said they had no programme either at Hathazari or at Brahmanbaria against Modi’s visit on March 26.
Although there is no proof that Hefazat has any links to political parties, the organisation’s leaders; students and Islamic scholars are being arrested indiscriminately, Babunagari said.
“What kind of oppression is this? A country cannot be run in this way,” he added.
“Hefazat does not bring any political party to power or force anyone to step down. We aim to establish the agenda of Muhammad (PBUH),” he said.
Although Hefazat emerged as a non-political organisation in 2010, it turned into a political one after the death of its former amir Allama Shah Ahmad Shafi. Gradually, leaders of different political parties joined the Hefazat committee, reports UNB.