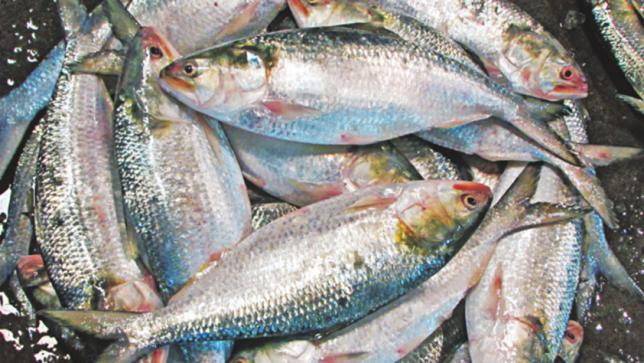 Hilsa fishing resumed here early Friday as two-month ban on catching and selling of the national fish ended.Some 51,190 listed fishermen of the district went to the Meghan River early Friday for catching hilsa.
Dr Anisur Rahman, a researcher of Bangladesh Fisheries Research Institute, Chandpur, said this year the production of Hilsa will be increased due to the timely initiative of the authorities concerned to protect jatka.
Last year 5.33 lakh metric tonnes were produced and this years the authorities concerned has set a target to produce 5.50 lakh metric tons of hilsa, he said.
The two-month government ban on catching, selling and transporting of Hilsa began on March 1.
A 90-kilometre stretch of the Padma and Meghna rivers here turned into a sanctuary for Hilsa after the ban came into effect.
The ban was strictly maintained in six sanctuaries, said Md Asadul Baki, district fisheries officer.
The sanctuaries are- 100 km in the Meghna River from Chandpur’s Shatnol to Laxmipur’s Char Alaxandar, 90km in Shahbazpur Channel in Bhola, 100 km in Tentulia River in Bhola, 40 km in Andharmanik River in Patuakhali, 20 km at lower Padma (Padma confluence) in Shariatpur, and 83 km in the Meghna River (from Hizla to Mehendiganj) in Barisal.
Hilsa has the highest contribution in the country’s fish production as the single fish species. More than 12.09 percent of the country’s fish production comes from Hilsa, reports UNB from Chandpur.