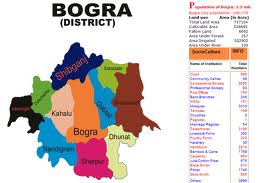 A house­wife commited suicide by hanging herself from a beam in her
house over proposal for unethical relationship in Bisnupur village
under Adamdighi upazila of Bogra district on Thursday.
The deceased was identified as Ruma Akter, 22, wife of Ali Hossain of
the village.
Police quoted her family as saying that Mostakim, 25, son of Rafiqul
Islam of the village used to propose to her for unethical relationship
with Ruma but she denied frequents. Ruma informed the matter to her
husband and mother-in-law.
On the fateful day, she took the way of death by hanging herself from
the beam. As her family found her, they rushed her to Adamdighi
Upazila Health Complex where the attending doctors declared her dead.
On receipt of information, police recovered the body and sent it to
Bogra Shaheed Ziaur Rahman Medical Collage and Hospital for autopsy.
An unnatural death case was filed with the local police station in
this regard.
(Our Correspondent)