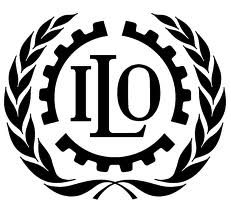 The International Labour Organization and World Bank have refused to let Bangladesh join a textile industry monitoring programme until the country overhauls its labour laws and conditions for unions improve, according to a top ILO official.The strict stance by the ILO and World Bank, which jointly run the global Better Work program, is part of an international drive that is gaining pace following a series of deadly industrial accidents in Bangladesh, the world’s second-largest garment exporter and home to an estimated 5,000 textile plants.
A group of visiting Bangladesh officials continued meetings in Washington on Friday with Secretary of State John F. Kerry and others, hoping to convince the United States they are serious about improving industrial conditions in the country.
Referring to the collapse of the Rana Plaza textile center last month, Kerry said the United States “shared the agony” of the tragedy and that the incident “will be able to help all of us cooperate on the issue of labor and labor standards.”
The Obama administration is working with Bangladesh to improve its safety inspection systems, while also pressuring the country with a threatened cutoff of trade tax breaks granted for some of the country’s exports.
Separately, lawmakers on Capitol Hill and religious and investment groups have been pressing U.S. retailers to join an alliance of mostly European companies that have agreed to outside inspections of the factories they use to supply garments. The rise of manufacturing centers such as Bangladesh has kept the retail prices of clothes in check for 20 years, and advocacy groups argue that the vigilance of major Western chains and brands is one of the surest ways to guarantee factory safety in the absence of an effective local government.
Fires and a recent building collapse have killed more than 1,500 workers since November and are “an illustration of the failure of the global companies that manufacture and source their products (in Bangladesh) to ensure humane working conditions,” the Interfaith Center on Corporate Responsibility said in a Thursday letter signed by 120 companies and clerical groups. “We are convinced that systemic change will only occur when companies take action together. They must use the full force of their commercial power to press for reforms.”
Bangladesh asked last year to join the Better Work programme, which involves unannounced, independent inspections of participating textile plants by outside experts and technical help from the World Bank for managers and plant owners. But officials said the country’s labor laws are so weak, and the conditions for unions and workers so treacherous, that they have demanded major changes in advance of approving its participation.
“There were unacceptable risks of failure to starting a programme before these conditions are realized,” said Dan Rees, director of the Better Work programme, which currently monitors some textile factories in Cambodia, Indonesia, Vietnam and elsewhere. “There is a lack of clarity in the law and we cannot as a programme get involved in monitoring factories and being seen as resolving conflicts when in fact we are not empowered to do that.”
An overhaul of the country’s labor laws, also being pushed by the United States and others, is slated to go before Bangladesh’s parliament in June —evidence, advocates say, that outside pressure on the country is starting to have an effect.
The negotiations between Bangladesh and the ILO demonstrate some of the difficulties outside groups face in trying to dealing with textile industry conditions in Bangladesh.
On one hand, there is hesitancy to push too hard for fear of disrupting an industry that employs millions of workers, mostly women, in a secular Muslim democracy. On the other is the recognition that the industry is not closely regulated and often unsafe.
The weakness of building inspection systems has been, advocates say, generally overlooked in the world’s discussion of Bangladesh and its rise as a textile center. World Bank programs in the country, for example, have included efforts to train village women for garment industry jobs. But, Rees said, the country has only a few dozen fire inspectors. It recently agreed to hire 1,000 more after talks with the ILO and promises of help from the U.S. Labour Department.
The dilemma that development agencies now face in the country, Rees and others said, is how to make sure that any immediate help coming from the outside — whether in the form of money or expertise — doesn’t take the place of building the local systems needed to make the industry safer for workers in the long run.
The recent safety inspection accord signed by more than 30 major retailers will cover only a fraction of the industry. Likewise, Rees said that the Better Work program, if it does come to terms with Bangladesh in the near future, would likely be able to monitor only a couple of hundred factories in its early years.
While that could grow over time, he said, “it is a mistake to see these initiatives as an alternative to good governance. There is not an alternative to goods laws, well enforced.” banglanews24.com