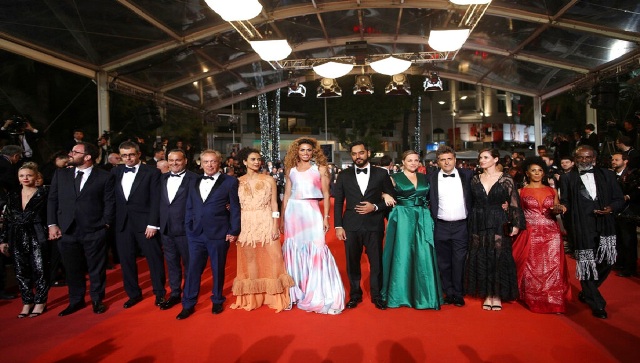 Cannes, May 17 (AP/UNB) — Kleber Mendonça Filho’s Cannes entry “Bacurau” is a feverish and violent Western about a rural Brazilian community defending itself from a hard-to-comprehend invasion. For the filmmakers, it’s not so different than President Jair Bolsonaro’s Brazil.
“Bacurau,” which is competing for the Palme d’Or, the top prize, gave the Cannes Film Festival’s most searing political statement yet. While the film is a bloody, surreal Brazilian parable with shades of “The Most Dangerous Game” and “Seven Samurai,” its makers spoke in blunter political terms Thursday.
“Brazil right now does feel like a dystopia in many, many everyday aspects,” Mendonça said to reporters.
At the Cannes premiere to his 2016 film, “Aquarius,” Filho and his cast three years ago memorably held placards that declared a coup had taken place in Brazil. Just weeks earlier, Brazil’s left-wing former president Dilma Rousseff had been impeached. Last October, Bolsonaro — a populist, right-wing leader sometimes compared to U.S. President Donald Trump — was elected, ushering in a fraught new chapter for Brazil.
This time, Mendonça, his co-director Julian Dornelles and their cast didn’t protest on the red carpet. “Bacurau,” they said, spoke for them.
“We used the movie as our weapon,” said actor Thomas Aquino. “This is our answer. This is how we protest.”
While “Bacurau” was premiering Wednesday night in Cannes, tens of thousands of students and teachers protested in Brazilian streets over steep budget cuts to education that Bolsonaro has announced. The filmmakers said they stood in solidarity with those protesters.
“It’s very important that you don’t go insane,” said Mendonça on Thursday. “Like: ‘Yeah, maybe we cut 30% of education, maybe that’d be a good thing.'”
“We should never lose sight of what we believe in,” he added. “I think that is what resistance is under some strange system you don’t believe in.”
Bolsonaro has said he believes indigenous groups in Brazil have too much land set aside for their control. He supports making parts of the Amazon easier for miners and loggers to access.
Bolsonaro has also criticized the arts for “cultural Marxism” and dissolved the country’s ministry of culture. Funding for Latin America’s biggest film and television industry has been significantly reduced.
But Brazil has a significant presence at this year’s Cannes Film Festival, including Karim Ainouz’s “Invisible Life,” playing in Un Certain Regard, a section of the festival’s official selection. As part of Cannes’ main slate, “Bacurau” is the most prominent.
“It’s just amazing that this film is seeing the light of day at a time when in fact they are trying to hide Brazilian cultural output,” said Mendonça.
During production on “Bacurau,” the Brazilian government declared that Mendonça had to return about $500,000 from a grant for his debut feature, “Neighboring Sounds.” He calls the demand “unprecedented in the history of Brazilian filmmaking.”
“When ‘Bacurau’ was announced in Cannes this month, they came up with another press package about this, which is not a coincidence,” Mendonça said. “We are dealing with this with lawyers and we hope to overturn it. It makes no sense whatsoever.”
While “Bacurau” has been in development for the last decade, Mendonça said the film’s extremes of “Bacurau” were fueled by Bolsonaro’s election.
“It was almost like reality was catching up with the script,” said Mendonça. “When that happened, we went up to 11, we went over the top.”