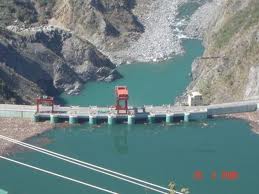 Kolkata: The Northeast Dialogue Forum, a conclave of human rights and indigenous people’s organisations based in India’s north-east, has sought intervention of India, China and Bangladesh to prevent adverse impact of development projects on the region’s water sources.The forum demanded setting up of an independent international commission on water and developing a mechanism to share water among China/Tibet, India/North Eastern states and Bangladesh by respecting the right of the Indigenous people in the North East region.
After a two-day long deliberation on water sharing between the three countries and dam construction by India, China and Bangladesh on major rivers, at Dimpaur in Northeast India’s state of Nagaland, the forum on Monday dispatched three separate letters to the prime ministers of these countries.
In a letter to the prime minister of Bangladesh Sheikh Hasina, the forum called for a proactive role by her country for a “collective and consensual decision making processes” for all stakeholders on all trans-boundary rivers.
It also drew her attention to the impacts of arbitrary interventions in rivers in upper riparian countries and urged her to desist from compromises for political or economic gains.
India’s decision to go for Rs 80 billion mega dam on Barak River at Tipaimukh in Manipur raised environment and ecological concern both in Bangladesh and north eastern region.
But Prime Minister Hasina says she has been assured by her Indian counterpart Manmohan Singh that India “would not do anything harmful to Bangladesh and that future steps would be taken on the basis of an understanding between the two countries.”
One of the participants in the conclave told bdnews24.com over phone that the impact of Tipaimukh dam on Bangladesh would be severe. “A parallel can be drawn with India’s building of the Farakka Barrage on the Ganges River shared by the two countries,” he said.
In 1975, after years of objections from people in Bangladesh, the Bangladesh government agreed to a trial run of the Farakka Barrage. Once the water began flowing, India extended the trial and the power plant is still operating.
Critics in Bangladesh say their country now receives less water from the Ganges and that farming, fishing and logging have suffered.
Secretary, Centre for Research and Advocacy, Manipur, Jiten Yumnam in a statement, made available to bdnews24.com, stated that they were concerned with the aggressive development interventions on water bodies in the region, such as the construction of series of mega dams over Brahmaputra River by the Governments of India and China, with “minimal consideration” of the rights and relation of indigenous peoples to these rivers and without their participation and free, prior and informed consent.
“We, the representatives of the indigenous people’s organizations of India’s North East concerned over the issue of water and adverse impacts of mega development processes, such as mega dam constructions, mining in the region, affirm that water is life and inherent source of our physical, spiritual, cultural, economic and political survival.”
“We further affirm our right to use, manage and control all water bodies and its sources like rivers, wetlands, groundwater, glaciers, forests etc in India’s northeast, which is crucial for sustaining our agriculture, food, rich biodiversity, cultures and identity as peoples,” the forum said in a statement, christened the ‘Dimapur declaration’.
Prime Minister Manmohan Singh during a meeting with his Chinese counterpart Li Keqiang voiced India’s concern over construction of mega dams by China on Brahmaputra River. Assam chief minister Tarun Gogoi in a statement on Monday welcomed Singh’s initiative and said it would allay the apprehension of people of Northeast over the Chinese dam-construction spree.
Representatives of the dialogue forum, however, said unless the three countries make a coordinated effort it would be difficult to protect the water sources.
“The increasing intrusion of international financial institutions in directing policies and projects on the use and management of waters in our region, only led to increasing privatization and corporatisation of our water bodies,” the Dimapur Declaration stated.
The forum urged India and China to take no decision on intervention on Water bodies, especially trans-boundary rivers passing through India’s NE such as Brahmaputra and Barak without giving ‘due recognition of the rights, rightful participation and free, prior and informed consent of all indigenous peoples in the region’.
“Implement the recommendations of the World Commission on Dams, 2000 in all decision making processes on mega dams’ construction over Brahmaputra (Tsangpo) River,” it further demanded of India and China.
(Source: bdnews24.com)