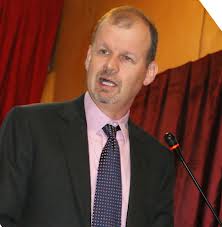 Johannes Zutt, appointed by the World Bank as its new Country Director for Bangladesh and Nepal, joined his Dhaka office on Thursday.

Prior to joining the Dhaka office, Zutt served as the Country Director for Eritrea, Kenya, and Rwanda. He had also worked as the Country Programme Coordinator for a number of countries, including Angola, China, Malawi, Mongolia, Mozambique, and Zambia, as well as the team leader for numerous country strategies and projects.

The release said that Zutt will guide the World Bank’s engagement in Bangladesh, aiming to reduce poverty and ensure shared prosperity. He will also give priority to further strengthening the capacity to support the government to promote sustainable development, job creation and good governance.

Since its independence, the World Bank has provided more than US$ 16 billion support to Bangladesh and helped the country to significantly reduce poverty and boost human development. The World Bank’s current portfolio in Bangladesh consists of 36 projects with a commitment of $4.5 billion.UNB