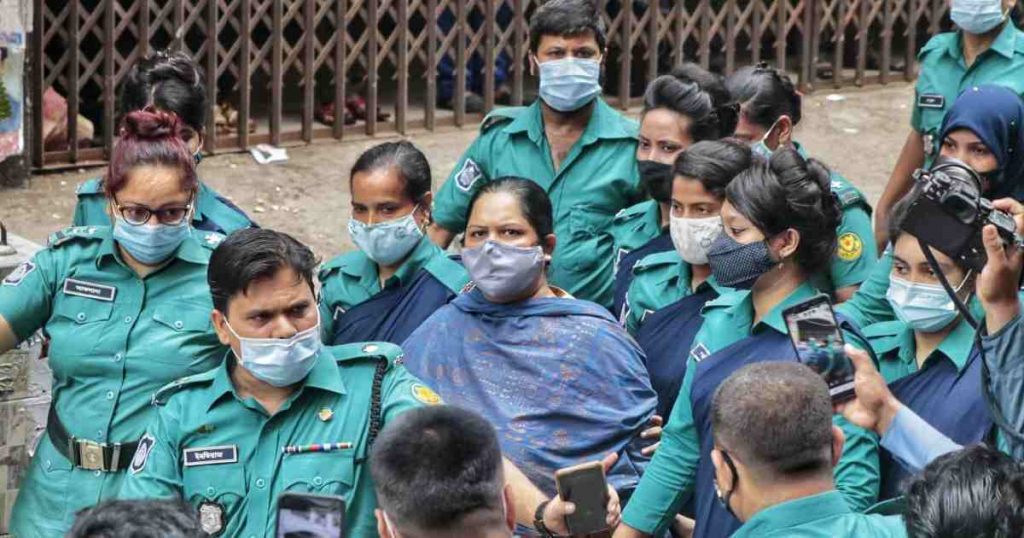 Dhaka, May 23 :  A Dhaka court on Sunday granted ad-interim bail to Prothom Alo senior reporter Rozina Islam until July 15 in a case filed under the Official Secrets Act.Dhaka Chief Metropolitan Magistrate Baki Billah granted the bail on a bond of Tk 5,000.
The court also asked her to submit her passport before the court.
On Thursday, the court had fixed Sunday for passing an order after hearing her bail petition virtually.
Assistant public prosecutor Hemayet Uddin Khan represented the state while Advocate Proshanto Kumar Karmakar and Ehsanul Haque Samaji stood for Rozina.
The 42-year-old journalist, known for her investigative journalism, was detained at the Secretariat for over five hours before being handed over to police on May 17.
She allegedly clicked photos of documents related to government negotiations with pharma firms to buy Covid-19 vaccines, according to case documents.
An FIR was filed against Rozina under the Official Secrets Act and sections 379 and 411 of The Penal Code on a complaint filed by the Health Services Division with Shahbagh Police Station.
Later, on May 18, a Dhaka court sent Rozina to jail after rejecting the police’s demand for her five-day remand. Rozina was taken to Kashimpur Central Women’s Jail on that day only.
The Ministry of Health and Family Welfare has formed a three-member probe committee to look into the allegations of the journalist’s detention at the Secretariat and also her subsequent handover to the police.
Meanwhile, the case filed against Rozina was transferred to the Detective Branch of police on Wednesday.

Rozina’s harassment for hours and her subsequent arrest sparked condemnation across the country.
Journalists formed human chains and held rallies in the capital and other parts of the country on Wednesday demanding the “unconditional” release of Rozina and the punishment of those involved in harassing her at the Secretariat.
They also demanded withdrawal of the false cases filed against the journalist.

The United Nations has said Rozina’s arrest is obviously “something concerning”, noting that journalists need to be able to do their work free of any sort of harassment or physical threat anywhere around the world.
“Look, I’ve seen…we’ve seen the press reports on the journalist who was arrested in Bangladesh. It’s, obviously, something that we’re looking at. It’s something that’s concerning,” said Stephane Dujarric, Spokesman for the UN Secretary-General, at a regular briefing on May 18.

Rozina’s arrest and the failure of the Bangladesh authorities to provide concrete evidence pointing to a recognisable criminal offence raise concerns that she is being targeted for her critical reporting, the Amnesty International said on Wednesday.
In the absence of such evidence, the authorities must release Rozina immediately and she should not be punished for fulfilling her professional duties as a journalist, the human rights organisation also said.

Transparency International, Bangladesh (TIB) has also strongly condemned the detention and harassment of the investigative journalist at the Ministry of Health while performing her professional duties.
In a statement issued on May 18, TIB has demanded immediate withdrawal of charges and unconditional release of Rozina. It has also urged the government to show prudence by ensuring exemplary punishment to the culprits through proper investigation into the incident, reports UNB..