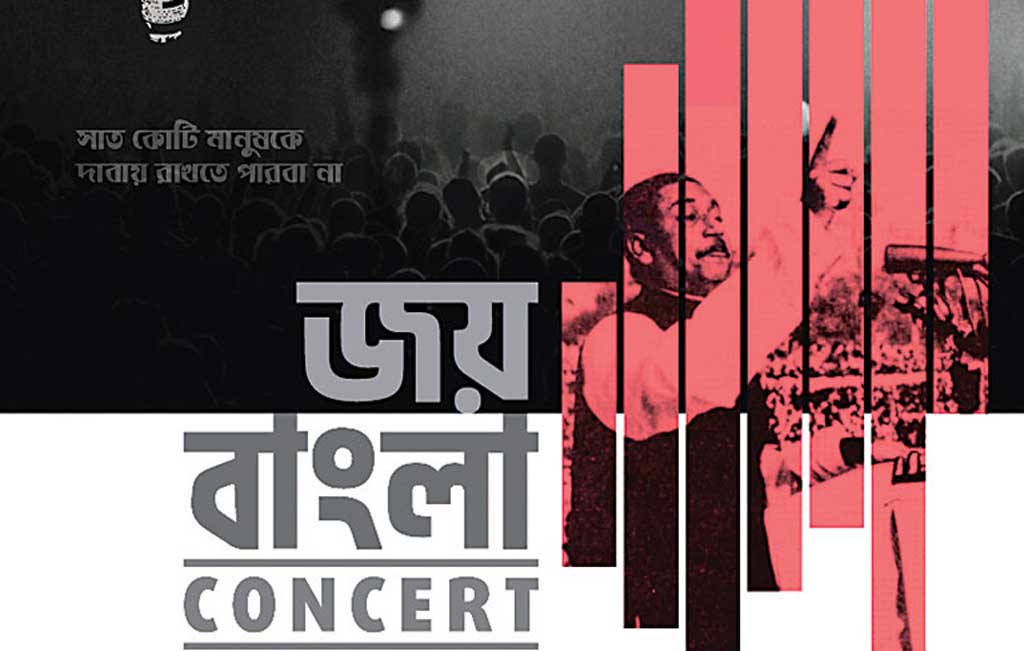 Dhaka, Mar 5 (UNB): The popular Joy Bangla Concert will return in 2022 as the celebration is put on a halt this year due to the Coronavirus pandemic, said Bangabandhu’s grandson Radwan Mujib Siddiq.Joy Bangla Concert, the biggest concert for youths in the country organised every year commemorating the March 7 speech of Father of the Nation Bangabandhu Sheikh Mujibur Rahman.
Radwan, the trustee of the ruling Awami League’s Centre for Research and Information (CRI), urged everyone to keep eyes on the official Facebook page of Young Bangla, the youth secretariat of CRI, for virtual celebrations.
He made the call in a post shared on his Facebook wall.
The concert making its debut in 2015 became part of the country’s pop culture and a household name in the live music industry, stitching the wartime patriotic melodies of Bangladesh with the western-influenced rock genre.
Last year, hundreds of thousands of youths converging on the concert ground could not believe their eyes when a holographic presentation on Bangabandhu displayed him coming alive on the stage with the same towering figure, baritone voice, and index finger moving back and forth that shook the repressive regime 50 years ago
Prime Minister Sheikh Hasina and her sister Sheikh Rehana attended the 2020-concert.
Then the concert rolled on with the thrashing metals and sweeping rocks by the iconic and rising bands of Bangladesh such as F Minor, Minar, Avoid Rafa, Shunno, Vikings, Fuad & Friends, Lalon, Arbovirus, Chirkutt, Cryptic Fate, Nemesis, Arekta Rock Band, Adverb, and Sin.
Back on March 7 in 1971, Bangabandhu delivered his speech, now recognised by the United Nations as a memory of the world, in front of a sea of people, setting the tone for the country’s independence that led to the Liberation War and the birth of Bangladesh.