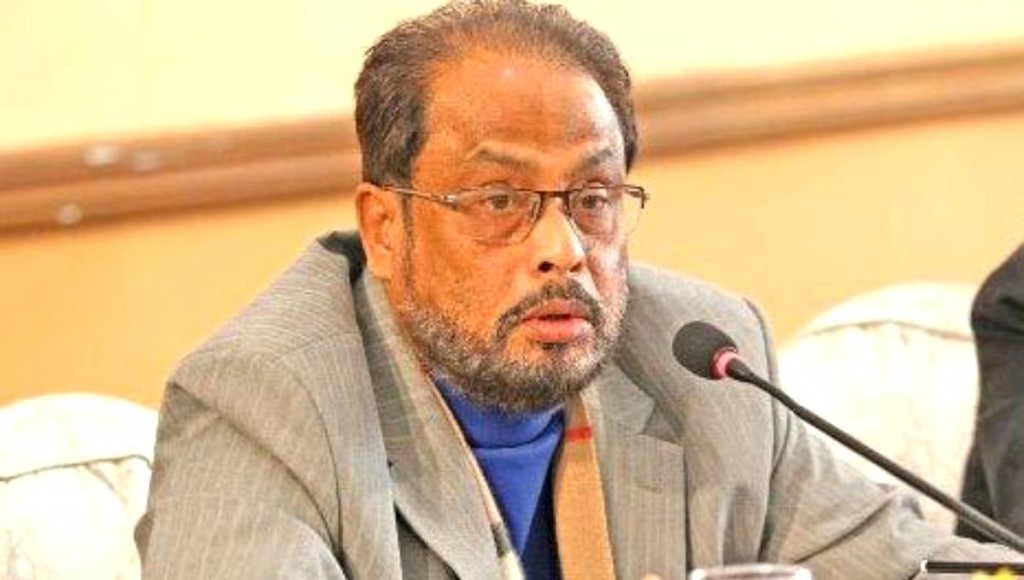 Jatiya Party cochairman GM Quader on Monday said their party will not be a questionable opposition as they will earn people’s confidence through their vibrant role in parliament.
“Jatiya Party will gain people’s confidence through playing the due role of the opposition party in parliament,” he said.GM Quader, also the deputy opposition leader in parliament, came up with the remarks while Rajshahi city unit Jatiya Party leaders met him at party chairman’s Banani office.
The Jatiya Party leaders greeted GM Quader with a bouquet as he was made the deputy opposition leader.He said they will work for strengthening their party further before the next general election. “Jatiya Party has a good prospect of becoming a very strong party in Bangladesh politics in the days to come.”
GM Quader said many popular and established politicians will join their party in the future due to the current political context. “Jatiya Party will remain as a strong party with people’s affection though many political parties will gradually be eliminated.”
Rajshahi city unit Jatiya Party general secretary Mostafa Rahman Dalim, vice presidents Lutfur Rahman, Nazrul Islam and Enamul Haque were, among others, present.