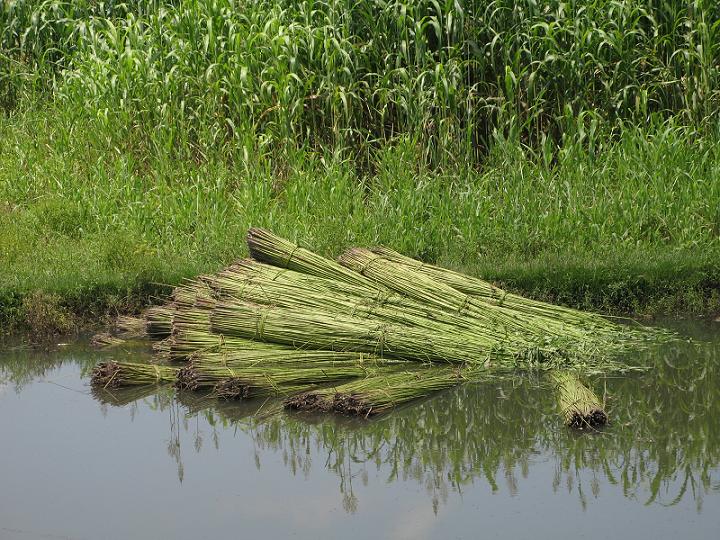 M.A. Awal, Narisngdi
The Farmers of Narisngdi District have Cultivated jute in 20 percent more land then the previous year. Farmers of District during the last couple of years have lost their interest on jute cultivation as they did not get fair price giving hard labor and invest a lot of capital to grow jute.
During the last tow and three years farmers are getting fair price of jute. They are now inspired to cultivate more jute (The golden fiber of Bangladesh).
Deputy Director of Agriculture Extension Department Narsingdi Abu Naser Sidique told The New Nation that some 6176 hectares land have been brought under jute cultivation in six upazilas of the district in the current season while 5100 hectares were in the previous year and 4800 hectares was before previous year.
He said if the favorable climate condition is previled about 61372 bales of jute expected to produce here in the district.
The jute fields are now in deep greener eye-catch-ing look egery where as the plant of golden fibre are growing excellent and enthusiastic farmers have engaged all out effort in making jute farming programmer successful.
The Government has given the maximum priority to an increased jute production as to establish back the glory of the golden fibre of Bangladesh.
Farmers Abul Hai of Sadar upazila, Abdur Rahman of Belabo upazila, Iqabal Hossain of Raipura upazila, Jahid miah of Shibpur upazila and Idrish miah of Monohardi upazila said that they cultivated more land this year tham the previous years as they got fair price by selling jute this year.
They said the prevailing climatic condition would help bumper production of jute this year. They thanked Government for reducing price of fertilizer and for providing them agri-inputs support.